Many European refiners are winding down purchases of Iranian oil after the United States imposed sanctions on Tehran, leading to higher supplies to Asia, mainly India and China. 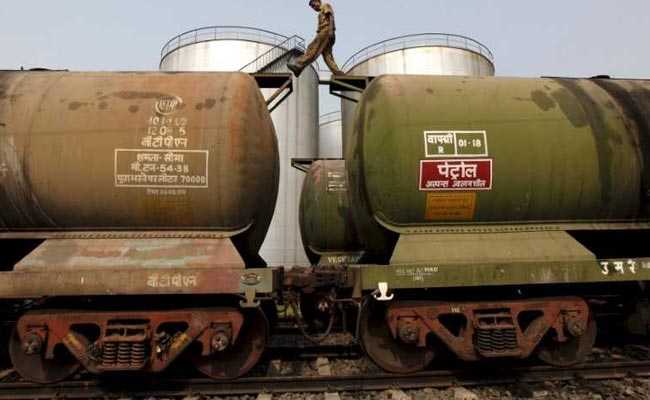 Imports of Iranian oil by India, surged to a record 768,000 barrels per day (bpd) in July

Saudi Arabia replaced Iraq as top oil supplier to India in July after a gap of more than a year, according to data from industry and shipping sources, as a higher intake of Iranian oil ahead of U.S. sanctions altered trade routes.

Many European refiners are winding down purchases of Iranian oil after the United States imposed sanctions on Tehran, leading to higher supplies to Asia, mainly India and China.

The United States in May quit the 2015 nuclear deal and announced reimposition of sanctions on Tehran. While some sanctions were implemented from Aug. 6, those affecting Iran's petroleum sector will come into force from Nov. 4.

Imports of Iranian oil by India, Tehran's top oil client after China, surged to a record 768,000 barrels per day (bpd) in July due to higher intake by state refiners, tanker arrival data showed.

Saudi Arabia and Iraq continued to be the two biggest oil suppliers to India last month although monthly supplies from them declined by 12 percent and about 23 percent in July, the data obtained from shipping and trade sources showed.

The sources declined to be identified.

On top of incentives offered by Iran on oil sales, higher July official selling prices (OSPs) of oil from Saudi Arabia and Iraq also dented demand for their oil.

"Iranian crude OSPs for July have moved in tandem with other middle east producers but incentives offered by Iran has made its oil more attractive compared to other alternatives," Sushant Gupta, Research Director, Asia Pacific Refining, at consultancy Wood Mackenzie.

Gupta said less buying from other importers such as Japan, South Korea and Europe have also led led to more volumes towards India.

"The deadline to reduce Iranian crude is November 4th. So with this increase in July, India would show a bigger cuts in Iranian crude come Q4 2018," he added.

India's imports of Venezuela oil in July rose to 423,500 bpd, an increase of 37 percent from June, as some of the delayed cargoes from May arrived in July.

India's monthly oil imports from Nigeria jumped by about 50 percent to 422,000 bpd in July, the data showed.

(Except for the headline, this story has not been edited by NDTV staff and is published from a syndicated feed.)
Comments
Oil importSaudi Arabia