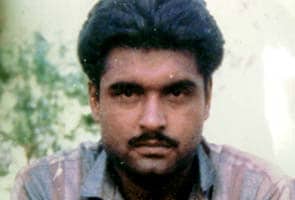 Lahore/New Delhi: India reacted furiously to this morning's death in a Pakistani jail of Indian prisoner Sarabjit Singh, who was badly beaten last week by fellow inmates. His body has been handed over to Indian officials and will be brought back to Amritsar in Punjab in a special plane. The state government has declared him a martyr and decided to accord him a state funeral which will be held at his ancestral village. (Top papers, sites on Sarabjit Singh's death)

Prime Minister Manmohan Singh said today that "The criminals responsible for the barbaric and murderous attack on Sarabjit Singh must be brought to justice.

Mr Singh's family, which was in Delhi after returning from Pakistan on Wednesday afternoon, was visited this morning by Home Minister Sushil Kumar Shinde and Congress Vice-President Rahul Gandhi. (Read: Rahul Gandhi's emotional meet with Sarabjit's family)  They have flown to Amritsar on a chartered plane to receive Mr Singh's body.

His sister, Dalbir Kaur, who spent eight years campaigning for his release, said today, "My brave brother has become a martyr" and said Pakistan had hidden the facts of his attack and health. She urged political parties to unite for a strong collective response to Pakistan. (Read)

On Friday, Mr Singh was admitted to hospital with severe brain injuries after he was hit on the head with bricks by a group of prisoners. Doctors had warned from the start that his recovery was unlikely; he was comatose and on ventilator support.

Promoted
Listen to the latest songs, only on JioSaavn.com
Pakistan has, over the years, maintained that Mr Singh was a terrorist. He was given the death sentence in 1991 for bombings a year earlier in Lahore and Faisalabad in which 14 people were killed.

His family insisted he was merely a farmer who became a victim of mistaken identity after inadvertently straying across the border while drunk.