Santanu Thakur, Lok Sabha member from Bongoan parliamentary seat who was sworn in as a union minister this evening, is the heir apparent of the influential Thakurbari. 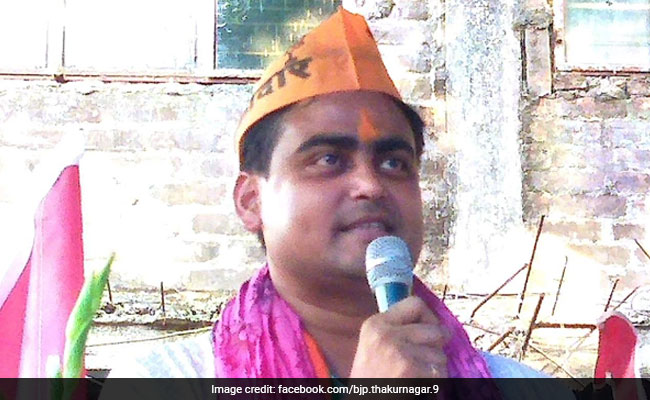 It was a family feud that brought Santanu Thakur into politics and now he is one of the most influential leaders of the politically-crucial Matua community of West Bengal.

Thirty-eight-year-old Santanu Thakur, Lok Sabha member from Bongoan parliamentary seat who was sworn in as a union minister this evening, is the heir apparent of the influential Thakurbari - a socio-religious sect formed by his ancestors Harichand-Guruchand Thakur- for the uplift of the Matuas, the second-largest scheduled caste community of the state.

A graduate by education, Santanu, the eldest son of former Trinamool minister Manjul Krishna Thakur, was more into the development of the Matuas through various social services run by the Thakurbari in Thakurnagar and was never into politics.

Matuas, with their sheer size of the population and tendency to vote en bloc, just like the minorities, make for an enviable vote bank that all the political parties had tried to secure since the nineties.

Trinamool chief Mamata Banerjee had first reached out to the Matuas around a decade ago. She nominated Manjul Thakur as a candidate in 2011 and inducted him in her ministry as a minister of state.

In 2014, Manjul's elder brother Kapil Krishna Thakur was nominated as a Trinamool candidate from the Bongaon Lok Sabha seat, which he had won hands down.

But it was the sudden death of Kapil Krishna in October 2014 that kick-started the family feud between his widow Mamata Bala Thakur and his brother-in-law Manjul Krishna.

Manjul wanted his youngest son Subrata Thakur to be nominated by the party for the by-election from the Bongaon seat, but the party leadership instead decided to nominate Mamata Bala.

An infuriated Manjul Krishna quit the state cabinet to join the BJP and got Subrata, a party ticket to contest from the seat in February 2015, but he came third.

Although Manjul Krishna returned to the Trinamool after a few months but was never inducted back into the ministry; the party affairs in the area were handed over to Mamata Bala, the newly elected TMC MP Bongoan.

But after his father was denied a ticket in the 2016 assembly polls and was cornered in the internal politics over the control of Thakurbari, Santanu started hobnobbing with the BJP.

It was in February 2019, following a socio-religious meeting of the Matua community, which Prime Minister Narendra Modi addressed, that Sanatanu decided to join active politics, and within a month, he was given nomination from the Bongaon Lok Sabha seat.

Riding on the promise of implementation of CAA and NRC, Santanu won the seat by defeating his aunt and became one of the key leaders of the BJP in the state.

He had also accompanied Modi to Bangladesh during his last visit to Dhaka in the middle of the Bengal assembly polls, which also included a tour to Orakandi in Gopalgank district in Bangladesh where the founder of the Matua sect and social reformer Harichand Thakur was born.