To target Salman Khan, "a plan was made in collaboration with Sampat Nehra, which we got to know on May 30", said police. 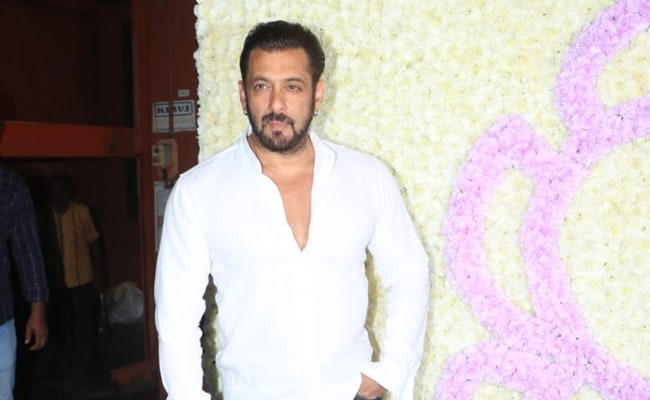 Earlier in June, a threat letter was sent to Salman Khan and his father Salim Khan. (FILE)

Earlier in June, a threat letter was sent to him and his father Salim Khan

The letter in Hindi said that both Salim Khan and his son would soon meet the same fate as singer Siddhu Moosewala (Tera Moosawala bana denge), said the police sources on condition of anonymity.

"Kapil Pandit, one of the arrested accused, said during interrogation that he along with Sachin Bishnoi and Santosh Yadav had conducted a recce in Mumbai to target Salman Khan on the instructions of Lawrence Bishnoi. We will also interrogate them," he added.

DGP Yadav said that to target Salman Khan, "a plan was made in collaboration with Sampat Nehra, which we got to know on May 30".

He further said that Red Corner Notice has been issued against gangster Goldy Brar through Interpol with the help of central agencies.

The DGP also said that a total of 23 accused have been arrested in the Sidhu Moose Wala death case.

"A total of 23 accused have been arrested so far. Two accused were neutralized in an encounter and so far 35 accused nominated," said Punjab DGP while interacting with media persons here.

The chief accused, Deepak Mundi, along with his two associates Kapil Pandit and Rajinder were arrested by Nepal Police on Saturday.

DGP said that Rajinder Joker who was in Nepal was in touch with Goldie Brar and was preparing to flee to Dubai and from there he was palling to go to Thailand on a fake passport.

"It took 105 days to investigate the entire matter. The states the accused were hiding are Haryana Rajasthan and West Bengal," he said.

He further said that Kapil Pandit and Rajinder Joker were already named as accused not shooters but they were involved.

"Those who suspect Balkar Singh are also being investigated," he added.

Meanwhile, the Mansa Court in Punjab on Sunday sent the main shooter of the Sidhu Moosewala murder case, Deepak Mundi, along and his two associates Kapil Pandit and Rajinder, to six-day police remand.

They were arrested near the West Bengal-Nepal border on Saturday.

Sidhu Moose Wala was shot dead in Jawaharke village of Punjab's Mansa district on May 29. The incident took place a day after his security was withdrawn by the Punjab police among 424 others.

Earlier this month, India confirmed that two suspects, one from Kenya and one from Azerbaijan, have been arrested in connection with the murder of Punjabi singer, Sidhu Moose Wala and the country is in close touch with the local authorities.

Last month, Haryana Police arrested four persons associated with the Lawrence Bishnoi and Goldy Brar gang and recovered a large number of arms and ammunition from their possession in the Mahesh Nagar police station area of the district, said Ambala Superintendent of Police.