Slamming the move, Congress general secretary Jairam Ramesh said, "All words used by the Opposition to describe the reality of Modi Sarkar now to be considered 'unparliamentary'. What next Vishguru". 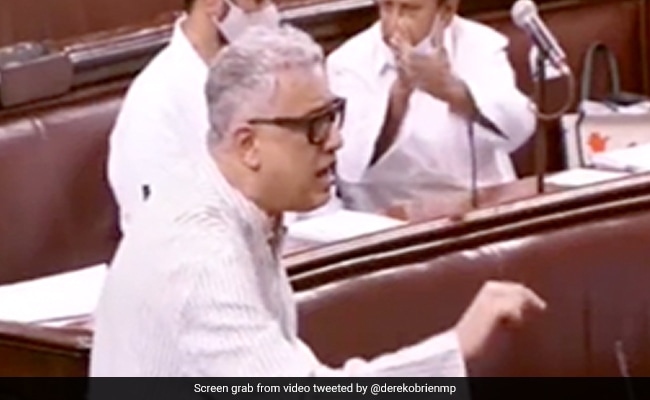 "I will use all these words. Suspend me. Fighting for democracy," Trinamool's Derek O' Brien said.

The Congress and Trinamool Congress on Thursday slammed the "gag order" on usage of certain words in Parliament, saying all terms used by the Opposition to describe the Modi dispensation would now be considered "unparliamentary".

According to a new booklet by the Lok Sabha Secretariat, use of terms like 'jumlajeevi', 'baal buddhi', 'Covid spreader' and 'Snoopgate' and even commonly used words like 'ashamed', 'abused, 'betrayed', 'corrupt', 'drama', 'hypocrisy' and 'incompetent' will henceforth be considered unparliamentary in both Lok Sabha and Rajya Sabha.

Slamming the move, Congress general secretary Jairam Ramesh said, "All words used by the Opposition to describe the reality of Modi Sarkar now to be considered 'unparliamentary'. What next Vishguru".

The Congress said in a tweet in Hindi, "Who will be afraid of 'Jumlajeevi' - who has given jumlas. Who will be afraid of the word 'Jaichand' - who has betrayed the country. These words are not being banned in Parliament, the fear of PM Modi is coming out." Trinamool Congress leader Derek O'Brien said, "Session begins in a few days. GAG ORDER ISSUED ON MPs. Now, we will not be allowed to use these basic words while delivering a speech in #Parliament : Ashamed. Abused. Betrayed. Corrupt. Hypocrisy. Incompetent. I will use all these words. Suspend me. Fighting for democracy," the TMC leader said.

Gujarat Congress' working president Jignesh Mevani tweeted, "Ashamed, abused, betrayed, corrupt, drama, hypocrisy, incompetent jumlajeevi, baal buddhi, Covid spreader, dohra charitra, nikamma, nautanki, dhindora peetna, behri sarkar are among the many words that will now be called unparliamentary. What's happening in the country?" The compilation of words listing out as unparliamentary and expressions comes ahead of the Monsoon session beginning July 18, during which the use of words like 'anarchist', 'Shakuni', 'dictatorial', 'taanashah', 'taanashahi', 'Jaichand', 'vinash purush', 'Khalistani' and 'khoon se kheti' would also be expunged if used during debates or otherwise in both the houses.