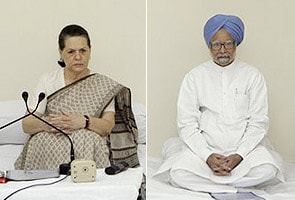 New Delhi: Prime Minister Manmohan Singh and Congress chief Sonia Gandhi have expressed deep shock and sent their condolences to the families of those killed in the Sabarimala stampede.

The PM has sanctioned an ex-gratia of Rs 1 lakh for the families of each of the deceased and Rs 50,000 for those injured.

In a letter to the Kerala Chief Minister and Governor, she expressed grief over the tragedy.

Promoted
Listen to the latest songs, only on JioSaavn.com
Patil wished a speedy recovery to all those injured in the incident. Over 100 pilgrims returning from the shrine were killed and as many others were injured.