Congress leaders and MPs have been protesting in several states against their former president's questioning by the ED in a money-laundering case pertaining to the National Herald newspaper. 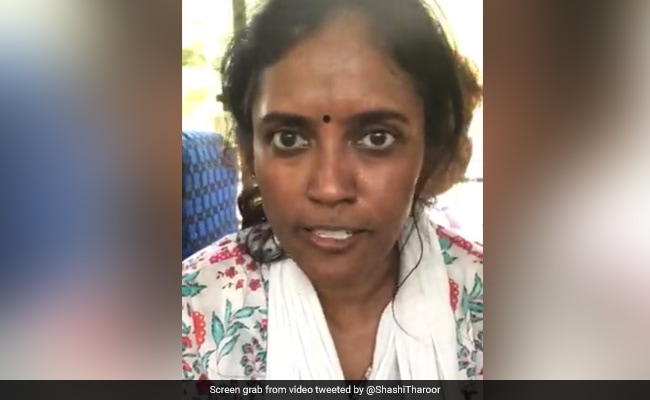 Congress MP S Jothimani has been admitted to the RML Hospital in Delhi.

Congress MP S Jothimani has been admitted to the RML Hospital in the national capital, Leader of Congress in Lok Sabha Adhir Ranjan Chowdhury said on Saturday alleging that Lok Sabha MP from Tamil Nadu was beaten up by Delhi Police during a protest by the party against the Enforcement Directorate (ED) probe on Rahul Gandhi in the National Herald Case.

Congress leaders and MPs have been protesting in several states against their former president's questioning by the ED in a money-laundering case pertaining to the National Herald newspaper.

A delegation of Congress leaders is likely to meet President Ram Nath Kovind on June 20 and submit a memorandum on the issue of entry of Delhi Police into their party headquarters and the alleged misbehaviour with party MPs during protests.

Rahul Gandhi appeared before the ED for four days, sparking protests by Congress leaders across the country. The party, however, alleged that there was nothing in the case and it is a political vendetta.

This is outrageous in any democracy. To deal with a woman protestor like this violates every Indian standard of decency, but to do it to a LokSabha MP is a new low. I condemn the conduct of the ⁦@DelhiPolice⁩ & demand accountability. Speaker ⁦@ombirlakota⁩ please act! pic.twitter.com/qp7zyipn85

Congress on Wednesday filed a complaint against the Delhi Police for entering and attacking party workers, without provocation, at 24 Akbar Road. The complaint was registered at Tughlak Road Police Station, New Delhi. Congress has alleged that its leaders have been manhandled during protests.

Rahul Gandhi was questioned in detail about the ownership of Young Indian Private Limited (YIL) by the Gandhi family and its shareholding pattern in Associated Journals Limited (AJL), the company that runs the National Herald newspaper, said sources.

Investigators in the ED, sources said, had also asked Rahul Gandhi to describe the circumstances under which AJL was acquired by YIL in 2010, making it the owner of all assets owned by the National Herald newspaper.

The National Herald, started by India's first Prime Minister Jawaharlal Nehru, was published by the AJL. In 2010, the AJL, which faced financial difficulties, was taken over by a newly-floated YIL with Suman Dubey and Sam Pitroda as directors, both of them Gandhi loyalists.

In a complaint in the Delhi High Court, Bharatiya Janata Party leader Subramanian Swamy accused Sonia Gandhi and her son, Rahul Gandhi, and others of conspiring to cheat and misappropriate funds.

Officials familiar with the probe said Rahul Gandhi is being asked questions about the takeover of the AJL by YIL since the Gandhis have stakes in the latter. The Congress leader is being questioned under criminal sections of the Prevention of Money Laundering Act (PMLA).