"Matter Of Concern": S Jaishankar On Indian Baby In Foster Care In Germany

The child, Ariha Shah was accidentally hurt by her grandmother in September last year following which the German authorities took the baby away. 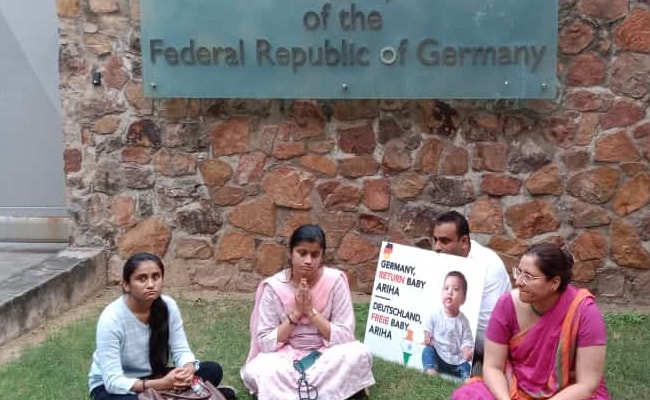 India has concerns that she should be in her linguistic, religious, cultural, and social environment and it is her right, EAM Jaishankar said on Monday regarding the Indian baby who is in German custody.

"There's a case related to a child called Ariha Shah. We've concerns that she should be in her linguistic, religious, cultural and social environment. This is her right," /mr Jaishankar said during the press conference.

The child, Ariha Shah was accidentally hurt by her grandmother in September last year following which the German authorities took the baby away.

Calling it a matter of concern, Mr Jaishankar said that the Indian Embassy is pursuing it with the German authorities.

The External Affairs Minister further added that he brought up the situation of the child with the German Foreign Minister who is on her two-day visit to India.

"Our embassy is pursuing this with German authorities. It was a subject which I brought up with the Minister," the EAM said.

The German ambassador to India, Philipp Ackermann, stated on November 30 that his nation has noted India's concern for a newborn in foster care and is aware of the seriousness of the situation.

In response to a question from ANI, Mr Ackermann said, "The German government has taken note of the Indian government's concern in this case. We are very well aware of the gravity of the issue. It is always a very problematic moment when you take a baby away from their parents."

Earlier, the Ministry of External Affairs said that the government has been intervening and engaging with the German authorities regarding the Indian baby in foster care for over a year since September 2021.

Ministry of External Affairs spokesperson Arindam Bagchi said, "The Government of India has been intervening and engaging with the German authorities on the matter for over a year, since September 2021."

A Gujarati couple who are separated from their little daughter is making every effort to get back together. The infant child was unintentionally wounded by her grandma in September of last year, according to multiple media sources. The German authorities then took the baby away after accusing the couple of sexual harassment.

"The case of the Indian baby currently in foster care in Germany is a sensitive matter and sub judice," the Ministry of External Affairs said.