India's decision to go ahead with a Rs 40,000 crore-deal with Russia for S-400 batteries could come in the way of acquiring US-built Predator drones.

US-made Predator drones could be used by India against terrorists trying to infiltrate from Pakistan.

New Delhi: India's acquisition of the state-of-the art Russian S-400 ballistic missile shield could come at the cost of getting access to cutting-edge US military equipment like Predator drones.

In an exclusive interview to NDTV, William Thornberry, the Chairman of the House Armed Services Committee, said, "The acquisition of this technology will limit, I am afraid, the degree with which the United States will feel comfortable in bringing additional technology into whatever country we are talking about."

Mr Thornberry, who oversees the Pentagon, all US Military Services and the US Department of Defence agencies, said the acquisition of the Russian system ''threatens our ability to work interoperably in the future."

Significantly, India's decision to go ahead with a Rs 40,000 crore-deal with Russia for S-400 batteries could come in the way of India acquiring US-built Predator drones which could have been used in operations against terrorist launch-pads along the Line of Control with Pakistan. 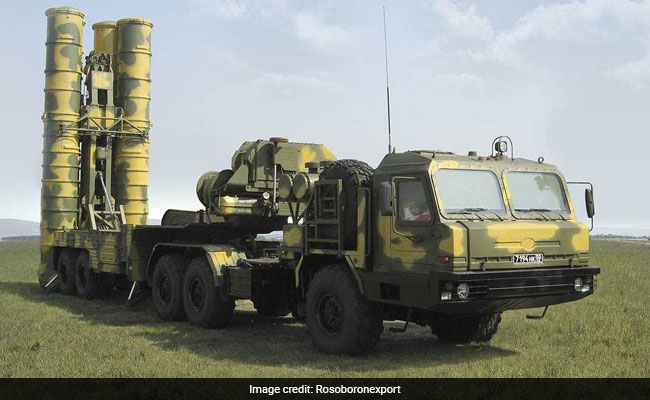 The S400 missile system can hit aircraft over 300 km away and intercept incoming missiles.

Last month, the Trump administration had cleared the export of armed, unmanned drones to close strategic partners such as India. According to Mr Thornberry, "This is one of the areas where the acquisition of the Russian anti-aircraft system will make the acquisition of that technology somewhat more difficult."

India maintains a close military relationship with both the United States and Russia but it is Russia which has provided the bulk of India's military weapons systems over several decades. Earlier this year, the United States passed the Countering America's Adversaries Through Sanctions Act (CAATSA) against Russia for allegedly getting involved in the US election process. This means that the United States could technically place sanctions even on close partner nations such as India for acquiring Russian weaponry.

Promoted
Listen to the latest songs, only on JioSaavn.com
However, Mr Thornberry has pointed out that while the US is disappointed with India's new military acquisition from Russia, sanctions against New Delhi were unlikely at the present stage. Neither will there be an India-specific exemption to CAATSA. "In the legislation that passed the house just last Thursday, there was additional flexibility in the law for nations that have historical ties and thus Russian equipment" said Mr Thornberry who added that "there will be some additional flexibility that will not just be limited to India but there are other countries that fall into that category".

India, one of the largest importers of weaponry in the world, sources its military hardware from a host of countries including Russia, Israel, the United States and France. New Delhi has a strategic relationship with all these nations and has traditionally shied away from favouring one military supplier over another.

Sena Rebels Get Reprieve Till July 12 From Supreme Court: 10 Facts