Amid Risk Of US Sanction, India And Russia Conclude Advanced Missile Deal

The official said Russia and India are likely to announce the deal before an annual summit between PM Narendra Modi and Vladimir Putin in October. 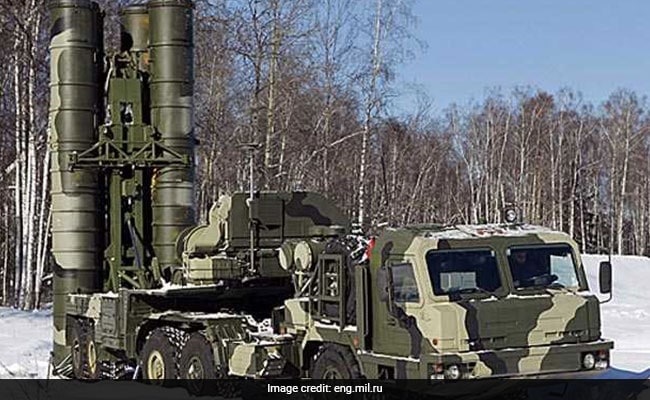 They said the two countries are now trying to find a way out to evade the provisions of a US law that seeks to punish countries and entities engaged in transactions with the defence or intelligence establishment of Russia.

The official said both Russia and India are likely to announce the deal before an annual summit between Prime Minister Narendra Modi and Russian President Vladimir Putin in October.

Two other officials said both sides are now looking at ways to insulate the deal from the sanctions announced by the US against Russia under its Countering America's Adversaries Through Sanctions Act (CAATSA).

The issue is understood to have figured during PM Modi's informal talks with Vladimir Putin in Sochi last week. The US sanctions is understood to have figured during PM Modi's talks with Vladimir Putin in Sochi.

There has been mounting concerns in India over the US sanctions against Russian defence majors including Rosoboronexport as billions of dollars of military purchases may be impacted because of the punitive measure.

The US had announced sanctions against Russia under the stringent law for its alleged meddling in the American presidential election in 2016.

CAATSA, which came into effect in January, mandates the Donald Trump administration to punish entities engaging in significant transaction with the defence or intelligence establishment of Russia.

US Defence Secretary Jim Mattis last month appealed to the Congress to urgently provide India the national security waiver, saying imposing sanctions under CAATSA for the S-400 air defence missile deal would only hit the US.

In 2016, India and Russia had signed an agreement on the 'Triumf' interceptor-based missile system which can destroy incoming hostile aircraft, missiles and even drones at ranges of up to 400 km. S-400 is known as Russia's most advanced long-range surface-to-air missile defence system.

Promoted
Listen to the latest songs, only on JioSaavn.com
China was the first foreign buyer to seal a government-to-government deal with Russia in 2014 to procure the lethal missile system and Moscow has already started delivery of unknown number of the S-400 missile systems to Beijing.

Spooked By Killings, Workers From Other States Line Up To Leave J&K