RSS To Open Army School In UP Dedicated To Former Chief

The school will be run by Vidya Bharti, the education wing of the RSS, and will offer defence training to students. 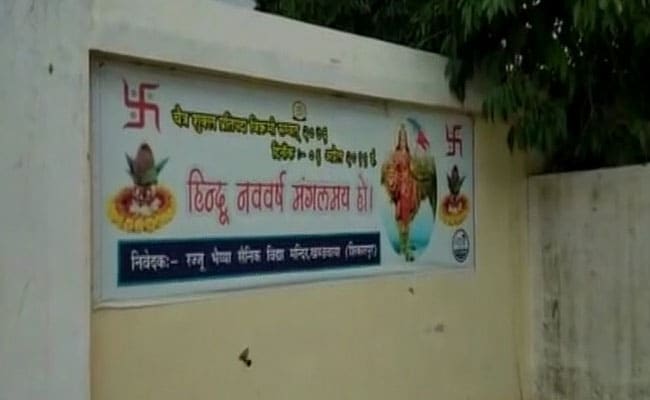 The construction of the residential school for boys has already begun.

The Rashtriya Swayamsewak Sangh (RSS) plans to set up an Army school next year in the memory of its former chief Rajendra Singh or Rajju Bhaiyya.

To be called 'Rajju Bhaiya Sainik Vidya Mandir', the school will be set up in Shikarpur tehsil of Bulandshahr district, where the former RSS sarsangh chalak was born in 1922.

The school will be run by Vidya Bharti, the education wing of the RSS, and will offer defence training to students.

The RSS Army school will follow the Central Board of Secondary Education (CBSE) curriculum and will have students from Class 6 to Class 12. The classes are set to begin from April 2020 and its first batch is expected to comprise 160 students.

The construction of the residential school for boys has already begun on the eight-acre land donated by ex-Army man Chaudhary Rajpal Singh.

According to reports, the three-storey building will have a hostel, quarters for staff, a dispensary and a stadium.

"The project is likely to entail an expenditure of Rs 40 crore. We already have five military schools in the country, of which two are in Rajasthan, two in Karnataka and one in Himachal Pradesh. There is also a Sainik school in Lucknow and one each in Jhansi, Amethi and Mainpuri. These institutions are run by the government so where is the need for RSS to run its own army school," he said.

Yadav said that the RSS apparently wanted to serve its political purpose by opening the army school where the students will "probably be taught lessons in mob lynching and disrupting social harmony".

(Except for the headline, this story has not been edited by NDTV staff and is published from a syndicated feed.)
Comments
RSS To Open Army SchoolRajju BhaiyyaRSS