Rs. 200 Notes Launched: All You Need To Know

The bright yellow coloured Rs 200 notes will hit the market just a day after the finance minister gave go-ahead to the Reserve Bank of India or RBI to issue the new currency bill. 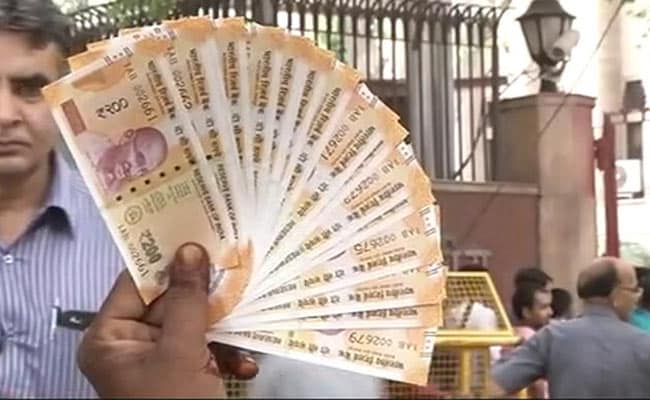 The Rs 200 notes will make it easier for people to transact in lower denomination currency, the RBI said.

New Delhi: New Rs 200 notes entered the banking system today. The central bank, while announcing the move on Thursday, said that the Rs 200 notes will act as a "missing link" and make it easier for people to transact in lower denomination currency, thereby bringing greater efficiency into the system.

The bright yellow coloured Rs 200 notes was launched just a day after the finance minister gave go-ahead to the Reserve Bank of India or RBI to issue the new currency bill.

This is the fourth new note to be announced since November, when the Narendra Modi government announced a ban on Rs. 1,000 and Rs. 500 notes to choke tax evaders.

Following the demonetisation of Rs 1,000 and Rs 500 notes last November, the central bank had introduced Rs 2,000 notes and new Rs 500 notes. The phasing out of the high-value notes led to severe cash shortage in the economy and put pressure on low value notes.

As per the new policy on theme-based currency notes, the Rs 200 bill bears motif of Sanchi Stupa to depict India's cultural heritage.

"To achieve the optimal system of currency that would minimise the number of denominations while increasing the probability of proffering exact change, especially at the lower end of denominations, there is a logical need to introduce the missing denomination of Rs 200, which will make the present currency system more efficient," RBI said.

Among prominent features, the Rs 200 banknote will carry portrait of Mahatma Gandhi at the centre and the denominational numeral "200" with rupee symbol in colour changing ink - green to blue - on the bottom right on the obverse (front) side of the note, RBI said.

For visually impaired, the front side of the note will have intaglio or raised printing of Mahatma Gandhi portrait, Ashoka Pillar emblem, raised identification mark 'H' with micro-text Rs 200, four angular bleed lines with two circles in between the lines both on the right and left sides.

The reverse side of the note will carry a Swachh Bharat logo with slogan and the Sanchi Stupa motif, RBI said.

The new note will be in a dimension of 66mmX146mm.

Promoted
Listen to the latest songs, only on JioSaavn.com
RBI said the introduction of a new currency denomination and design is done keeping in consideration various factors like ease of transactions for the common man, replacement of soiled banknotes, inflation and the need for combating counterfeiting.