As Prime Minister Narendra Modi visited Myanmar last week, his government reiterated that it wants to deport all Rohingya refugees who have left Myanmar in previous years. 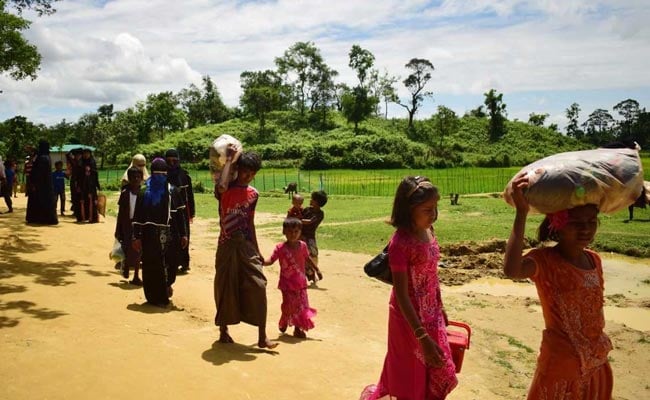 Rohingya Crisis: Some 40,000 Rohingyas have settled in India.

New Delhi: India has reacted sharply to criticism at the United Nations of its handling of Rohingya Muslims as well as the allegation of security threats to those fighting for fundamental human rights.

In response to comments at the UN's top human rights body about cow vigilante attacks and last week's shooting of journalist Gauri Lankesh, India's representative claimed "individual incidents are being extrapolated to suggest a broader societal situation.  India is proud of its independent judiciary, freedom of press, vibrant civil society and respect for rule of law and human rights."

As Prime Minister Narendra Modi visited Myanmar last week, his government reiterated that it wants to deport all Rohingya refugees who have left Myanmar in previous years. Some 40,000 Rohingyas have settled in India, and 16,000 of them have received refugee documentation, the UN estimates as violence against the ethnic minority spikes in the western region of Rakhine in response to growing insurgency.

Today, Zeid Ra'ad al-Hussein, the chief of the UNHCR said, "I deplore current measures in India to deport Rohingyas at a time of such violence against them in their country."

The UN High Commissioner for Human Rights noted that Junior Home Minister Kiren Rijiju had reportedly said that because India is not a signatory to the Refugee Convention it "can dispense with international law on the matter, together with basic human compassion."

"However, by virtue of customary law, its ratification of the International Covenant on Civil and Political Rights, the obligations of due process and the universal principle of non-refoulement, India cannot carry out collective expulsions, or return people to a place where they risk torture or other serious violations," the UN human rights chief said.

Promoted
Listen to the latest songs, only on JioSaavn.com
He also referred to the series of attacks on cattle traders and others by self-declared cow vigilantes, saying, "The current wave of violent, and often lethal, mob attacks against people under the pretext of protecting the lives of cows is alarming."

"People who speak out for fundamental human rights are also threatened," he said while bringing up the murder of Gauri Lankesh, who published a Kannada newspaper often critical of right-wing ideology.