Ludhiana road caves in: The two students were going to school in a Honda Activa when the incident happened 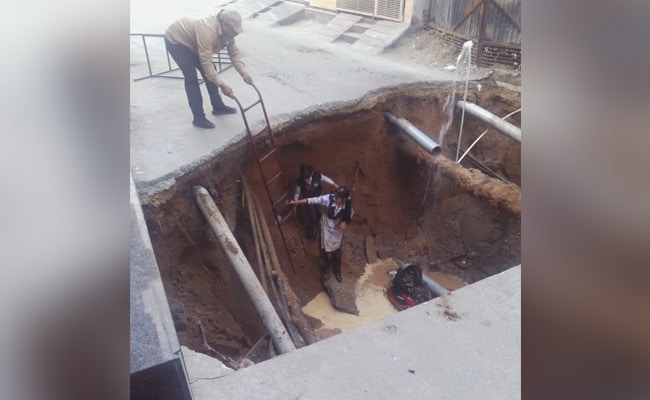 Ludhiana road caves in: A man lowers a ladder for the two students to climb out

Two students who were on a scooter fell into a crater that suddenly formed on a road after it caved in. The incident happened in Punjab's Ludhiana district. The students were injured and taken to a hospital, an eyewitness said.

In visuals, a man is seen fixing an iron ladder for the two students, who were in their school uniform, to climb out of the crater that was taking in water slowly. Water and drain pipes stick out from the soil around them. The scooter, a Honda Activa, is also seen stuck in the mud.

In about an hour, muddy water filled the crater to the brim.

"Both were injured and taken to a hospital. X-ray has been taken there. They were going to school," the father of one of the students, who is in Class 10, said. 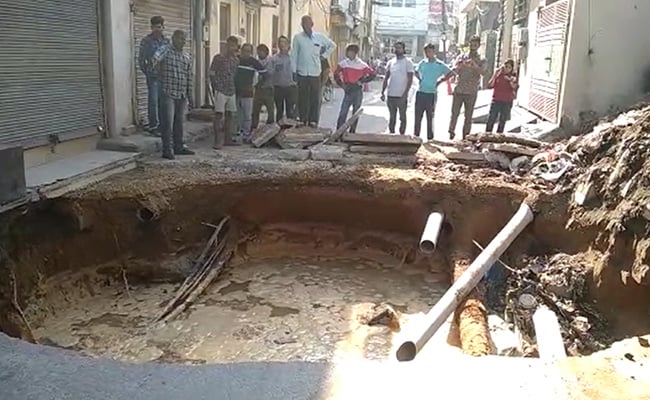 "The infrastructure should have been well-maintained to avoid such incidents. The locals here helped us a lot in rescuing my daughter and the other girl," he said.

The local administration has started repairs to mend the crater.