Road Accident Deaths In Bihar Down 31% Due To Liquor Ban: Nitish Kumar 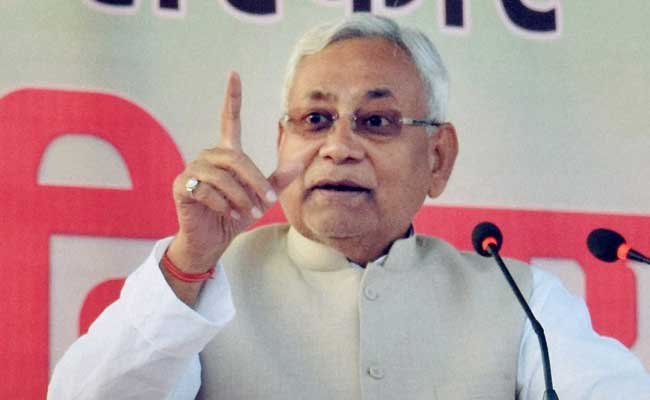 Sasaram, Bihar: Road accidents have come down by 19 per cent and deaths due to it by 31 per cent in seven months prohibition since the liquor ban in Bihar, Chief Minister Nitish Kumar said today. He also hailed the Supreme Court order prohibiting liquor sale within 500m of national and state highways and said the judgment had silenced critics of prohibition in the state.

"The Supreme Court order banning liquor sale within 500m of national and state highways has given a suitable reply to those who used to make fun of my government's decision on prohibition," he said.

The Chief Minister also claimed prohibition has allowed people to spend on items like milk, sweets, clothes and furniture which is evident in an increase in sales of these items.

Accompanied by ministerial colleagues Chandrika Rai and Jai Kumar Singh, state police chief P K Thakur and development commissioner Shishir Sinha among others, Kumar spoke about programmes launched by his government within a year of assuming office for the fulfillment of the "seven resolves".

Building toilets, providing electricity connection, drinking water and sewage connection to every household in the state aims at the fulfillment of the 'seven resolves', he said.

Mr Kumar also spoke about special programmes for youths like interest-free loan of Rs 4 lakh for pursuing higher studies after class XII, monthly allowance of Rs 1,000 for two years to search for jobs without bothering the family and free WiFi in colleges and universities.

The Chief Minister said youths comprise 65 per cent of Bihar's population and these programmes will help in shaping human resources of the state.

Promoted
Listen to the latest songs, only on JioSaavn.com
Mr Kumar exhorted people to participate in the formation of a mammoth human chain across the state on January 21 in support of prohibition.

The Chief Minister expressed concern over illegal stone quarrying in Rohtas and Kaimur districts and said he would try to find a solution to the problem during the review meeting with senior civil and police officials.