"We have to make do with a campus that is much smaller than that of the JD(U) situated right across the road," said RJD chief Jagadanand Singh 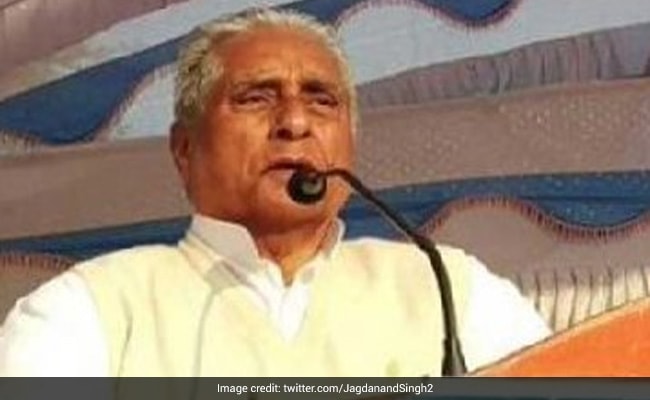 The opposition Rashtriya Janata Dal (RJD) in Bihar has placed a demand before the Nitish Kumar government for more than 10,000 square feet of land to enable it to expand its state headquarters.

This was disclosed at a press conference on Saturday by state RJD president Jagadanand Singh who expressed dismay over the government's reluctance to consider the RJD's request.

"We are the largest party in terms of MLAs. And we have to make do with a campus that is much smaller than that of the JD(U) situated right across the road," said Mr Singh.

The government claims it does not have land to part with, he said.

"We would like to ask how did it manage to get many government structures razed to help the JD(U) office, which was a tiny structure initially, become the gigantic palace that it is now," Mr Singh alleged.

The RJD is headed by former chief minister Lalu Prasad, an arch-rival of Nitish Kumar who controls the JD(U).

Mr Kumar has said that land had been allotted to all parties for setting up their offices way back in 2006, shortly after he came to power, and there was no room now for accommodating more requests.

Neeraj Kumar, a former minister and one of the most voluble JD(U) spokespersons, came out with an open letter addressed to Lalu Prasad whom he taunted with accusations of land grabbing.

He also questioned why Prasad's son Tejashwi Yadav failed to get more land acquired for his party when the latter served as the deputy chief minister and held building construction portfolio "for 20 months".

He also scoffed at the RJD's contention that since it was the largest party in the state, it deserved a bigger space.

"The RJD should remember its performance of 2010 assembly election when in a house of 243 its strength had dwindled to just over 20. Did it then offer to give up a portion of its land?" the JD(U) leader said.