Dr BD Mishra, 78, retired from the Indian Army on July 31, 1995 as Brigadier, after an illustrious career in the Forces, beginning as a permanent regular infantry officer in 1961. 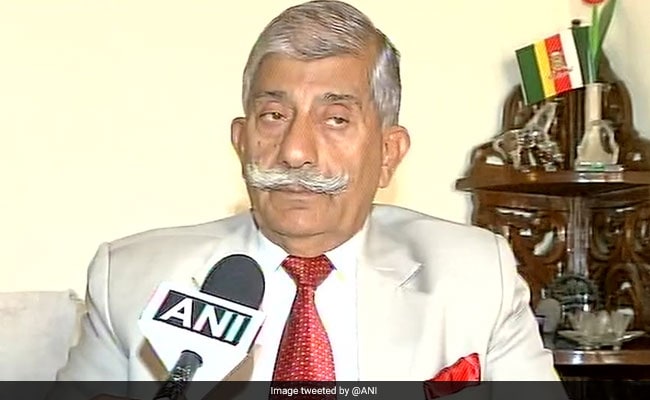 Dr BD Mishra retired from the Indian Army in 1995 as Brigadier.

New Delhi: Retired army brigadier Dr B D Mishra was today appointed as the new Arunachal Pradesh governor. He was appointed by President Ram Nath Kovind along with the governors of Tamil Nadu, Assam, Meghalaya and Bihar. Lieutenant Governor for Andaman and Nicobar Islands was also appointed.

"It's great that I have been given this responsibility. My aim would be to preserve and protect the constitution and the law," Dr Mishra told ANI.

Dr Mishra, 78, retired from the Indian Army on July 31, 1995 as Brigadier, after an illustrious career in the Forces, beginning as a permanent regular infantry officer, on December 17, 1961.

He was the Commander of NSG (Black Cat Commandos) Counter Hijack Task Force that assaulted the hijacked aircraft of Indian Airlines and successfully executed the rescue operation, at Raja Sansi Airfield, Amritsar, on April 24, 1993. All 124 travellers and crew members were rescued in the operation, after eliminating the hijackers, without any casualty or damage. He received the Prime Minister's appreciation for his role in ending this hijack crisis.

Dr Mishra was part of the Sino-Indian war, 1971 Liberation war and the 1965 war with Pakistan. He also played a role in tackling the Naga insurgency movement in Nagaland in 1963-1964 and fought against the LTTE as the Leading Brigade Commander of the Indian Peace Keeping Force in Jaffna, Vavunia and Trincomalee in Sri Lanka during the period of 1987-1988.

Promoted
Listen to the latest songs, only on JioSaavn.com
Dr Mishra had also volunteered for the Kargil war after retirement. The retired army brigadier has also received commendation for gallant role in counter terrorist operations.

Dr Mishra holds a degree an MA from Allahabad University, an M.Sc from Madras University and a Ph.D from Jiwaji University, Gwalior. He has five years' post-graduate and graduate level teaching experience in College of Combat at MHOW and in Defence Services Staff College at Wellington.