Out of the total 22 tableaux, 16 were of various states and Union Territories and 6 of ministries, departments and the National Disaster Response Force. 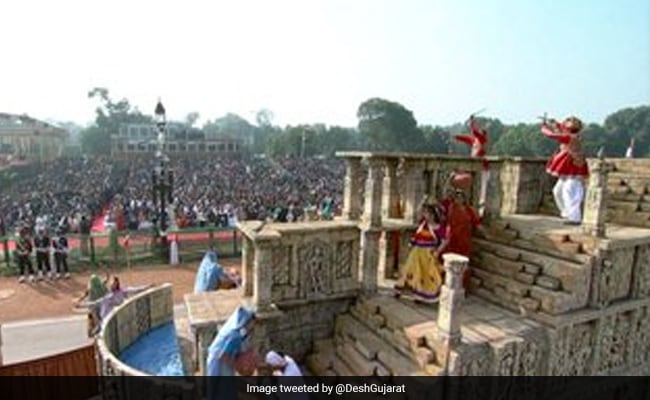 Rani Ki Vav, the Queen's Stepwell, was the centrepiece of Gujarat's tableau

Goa's "Save The Frog" campaign, Jammu and Kashmir's "Back To Village" programme, scaled down models of Rafale aircraft in the Indian Air Force's tableau were among the 22 tableaux that rolled down Delhi's Rajpath during the 71st Republic Day parade today.

The Indian Air Force tableau showcased scaled-down models of the Rafale aircraft, the Tejas aircraft, the Light Combat Helicopter, the Akash Missiles System, and the Astra Missiles against a sky blue background. 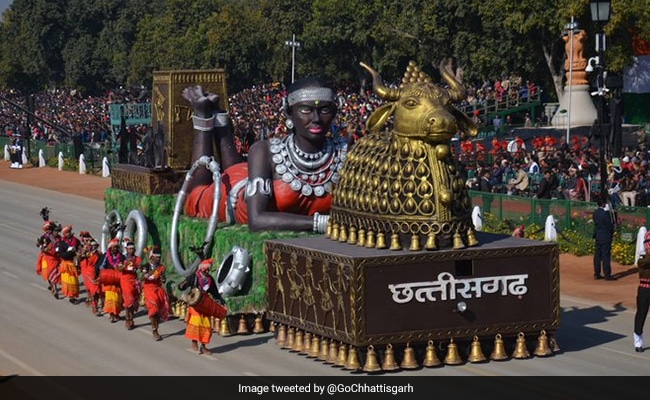 Jammu and Kashmir, which participated in the parade for the first time as a Union Territory, had the "Back to Village" programme as its theme. The programme launched last year is a first-of-its-kind initiative to reach out to the people at the grassroots level.

The rich sartorial and cultural heritage of the region was depicted in the tableau with a shawl weaver in the front. The flora and fauna shown in the middle complemented the Dogra and Kashmiri folk culture.

Goa's tableau depicted its seashore along with its biodiversity and livelihoods apart from highlighting the state's campaign to "Save the Frog", an anti-frog poaching campaign.

Out of the total 22 tableaux, 16 were of various states and Union Territories and six of ministries, departments and the National Disaster Response Force (NDRF). Karnataka displayed a replica of Anubhava Mantapa, the first ever socio-religious parliament

The Walled City of Jaipur, which was accorded the UNESCO World Heritage tag in 2019, was the overriding theme of the Rajasthan tableau, depicting the Pink City's architectural grandeur and the state's vibrant culture reflected in its folk songs and dances.

The 550th birth anniversary of Guru Nanak Dev in 2019 was the theme of the Punjab's tableau in the parade.

Sikhism's architectural and cultural heritage was portrayed in the tableau, with messages "Kirat Karo", "Naam Japo" and "Vand Chhako", which form the cornerstone of Sikhism, depicted in panels.

Gujarat's architectural wonder Rani Ki Vav was the centrepiece of the state's tableau with artistes dancing and showcasing the folk culture of the state.

Rani Ki Vav or Queen's Stepwell initially built by Rani Udayamati as a memorial to her husband King Bhimdev I in the 11th century in Gujarat's Patan district was inscribed into the UNESCO World Heritage List in 2014.

The majestic architecture of the stepwell was showcased in the tableau that was fronted by a statue of a village woman wearing Patola saree of Patan.

Other states which took part in the grand parade were Chhattisgarh, Telangana, Andhra Pradesh, Uttar Pradesh and Karnataka.