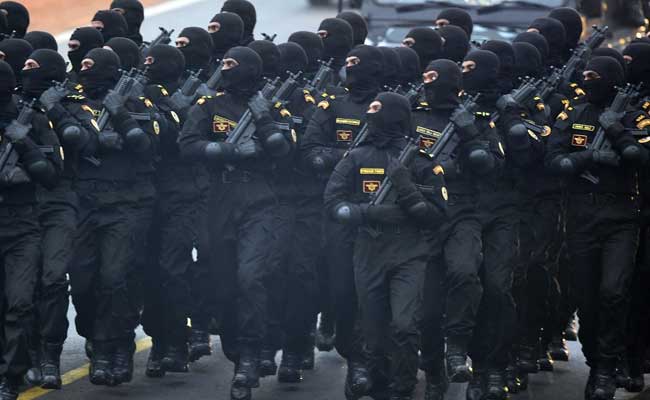 Republic Day 2017: NSG commandos contingent marches past during the Parade.

Around 60 commandos in black marched in the parade and gave a ceremonial salute to President Pranab Mukherjee. They had their balaclava headgear, special assault rifles and iconic commando daggers.

The other commandos were on seven vehicles with hydraulic ladders. 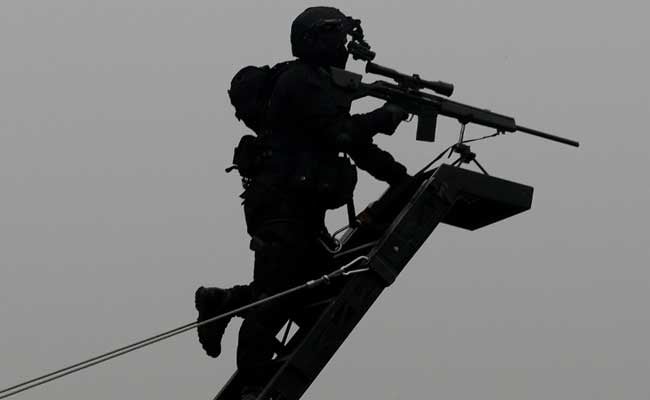 The Army's Special Forces are the only commando force to take part in the Republic Day parade.

NSG's anti-hijacking van "'Sherpa" also debuted in the parade. Sherpa is a bullet proof armoured vehicle that can survive powerful explosions and can be driven under water and on steep inclines.

The NSG, a special force under the Union Home Ministry often referred to as Black Cats, was raised in 1984 after the assassination of Indira Gandhi "for combating terror to protect states against internal disturbances."

Till now, the NSG's presence in the Republic Day celebrations was confined to security around the parade route.

The parade was led by a 149-member UAE contingent and marching band. 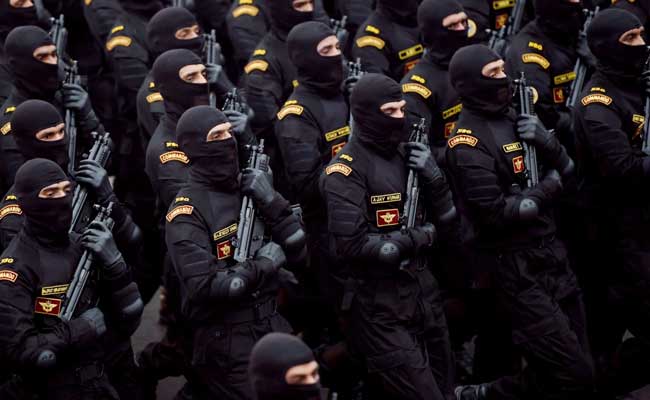 In another first, the Tejas Light Combat Aircraft made its debut.

The colourful Border Security Force Camel regiment, which has never missed a single parade, was a visual treat for viewers.

The Navy march by 144 young sailors was led by a woman officer, Lieutenant Aparna Nair.

Promoted
Listen to the latest songs, only on JioSaavn.com
The parade began with Prime Minister Narendra Modi paying homage to soldiers at Amar Jawan Jyoti in India Gate.

A spectacular fly-past by the Indian Air Force, which had everyone squinting up at the sky, marked the end of the Republic Day parade.
Comments
National Security GuardDelhi's RajpathRepublic day paradeNSG CommandosRepublic Day 2017Republic Day

In Fight Against Covid, Central Teams Rushed To Punjab, Himachal, UP