Sekhar Basu played a key role in the development of the Indian Neutrino Observatory at Tamil Nadu. The atomic scientist was conferred the Indian Nuclear Society Award in 2002. He was also the brain behind designing, construction and operation of nuclear recycle plants at Tarapur and Kalpakkam. 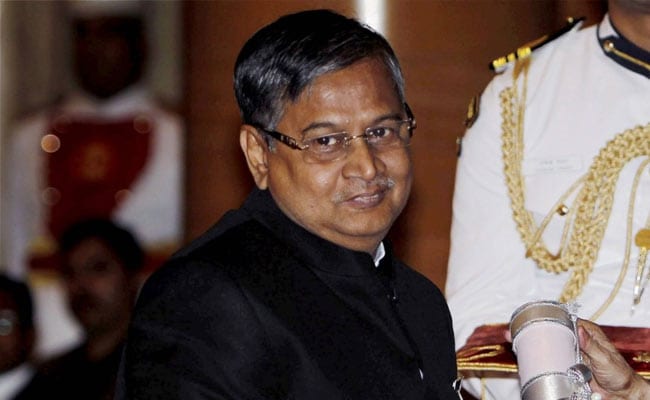 He breathed his last just three days after turning 68.

"Dr Basu was suffering from COVID-19 and other kidney ailments. He died at 4:50 am," the official told news agency Press Trust of India.

A mechanical engineer, Dr Basu is revered for his contributions to the country's atomic energy programme. He was awarded Padma Shri in 2014.

Chief Minister Mamata Banerjee mourned the demise of Dr Basu and extended her condolences to his family.

"Grieved to hear about the passing away of veteran nuclear scientist and former Atomic Energy Commission chairman, Dr Sekhar Basu. My condolences to his family and colleagues," she tweeted.

"I would say he left us at a relatively young age. He still had a lot more to contribute. He was an ingenious engineer who worked very hard for our nuclear programme."

"Sekhar Basu also did a brilliant job for the nuclear-powered submarine. We are going to miss a good man," Bikash Sinha (75), the former director of the Saha Institute of Nuclear Physics and Variable Energy Cyclotron Centre, said.

Born on September 20, 1952, Dr Basu went to school in Kolkata's Ballygunge Government School and then graduated in mechanical engineering from Veermata Jijabai Technological Institute (VJTI), University of Mumbai, in 1974.

After completing a year's training in nuclear science and engineering at the Bhabha Atomic Research Centre (BARC) School, he joined its Reactor Engineering Division in 1975.

He had also worked as the project director of the Nuclear Submarine Programme at BARC, before taking over as its director in 2012.

Dr Basu was also the brain behind designing, construction and operation of nuclear recycle plants at Tarapur and Kalpakkam.

He played a key role in the development of the Indian Neutrino Observatory at Tamil Nadu. The atomic scientist was conferred the Indian Nuclear Society Award in 2002.