"They (Congress) are the same people who used to retreat when China behaved in such a way," Parliamentary Affairs Minister Pralhad Joshi said on Rahul Gandhi's speech 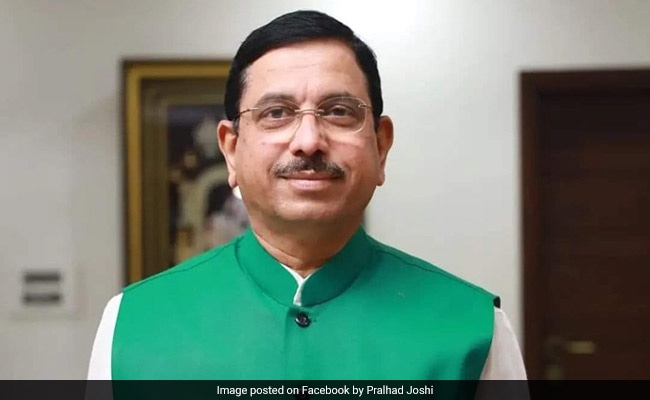 Mr Gandhi in a parliament speech yesterday tore into the government led by Prime Minister Narendra Modi on issues from unemployment to foreign policy.

"Ask yourself why you are not able to get a guest on Republic Day. We are completely isolated and surrounded... You have brought Pakistan and China together and this is the single biggest crime you could have committed against the people of India," Mr Gandhi said.

Several Union Ministers have condemned Mr Gandhi's speech as weak on facts. Mr Joshi and Foreign Minister S Jaishankar are among the leaders in the Modi government whose swift replies brought up "history lessons".

"They (Congress) have not understood China from the days of 'Hindi-Chini Bhai-Bhai' till today. They are the same people who used to retreat when China behaved in such a way. For the first time, India has retaliated and was successful. Nobody should have any doubts that India is capable of keeping itself secure, be it with Pakistan or China," said Mr Joshi, who yesterday called Mr Gandhi a "confused, mindless leader".

"Hindi-Chini Bhai-Bhai" was often used to refer to friendly India-China ties in the years after former Prime Minister Jawaharlal Nehru's visit to China in 1954, when the five-point Panchsheel agreement was signed.

The US has said it "wouldn't endorse" Mr Gandhi's comment on India's foreign policy. On a question by reporters to US State Department spokesperson Ned Price over ties between Pakistan and China in the context of Mr Gandhi's comment, he said he "would not endorse those remarks".

"I will leave it to the Pakistanis and the PRC to speak to their relationship. I certainly would not - would not endorse those remarks," Mr Price said, adding countries are not needed to choose between the US and China. PRC is short for People's Republic of China.