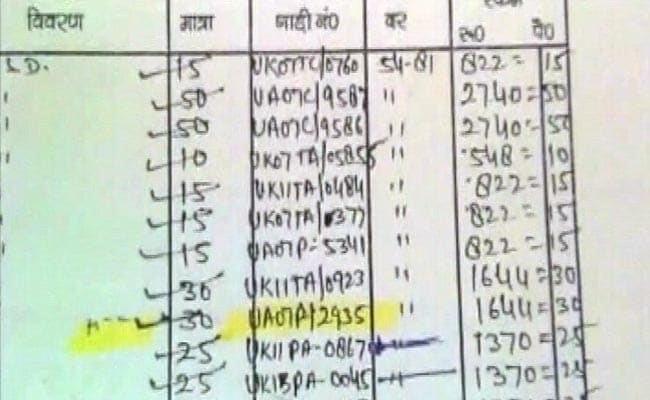 Mr Ravishankar today called on the Governor and submitted the report of the investigating committee which he presided over.

The report which was earlier submitted to Chief Minister Harish Rawat on June 30 and made public on Friday gives details of the expenditure of Rs 98 lakh spent over airlifting pilgrims stranded in different parts of the state after the 2013 deluge.

As per information provided by the District Magistrates of Uttarkashi, Chamoli, Pithoragarh, Rudraprayag and Bageshwar there were "no instances of over-spending or over-billing anywhere", the report stated.

Mr Ravishankar also sought to justify consumption of non-vegetarian food by state government officials and men in uniform during rescue operations saying it was a routine thing in the uniformed services and calling it a picnic was not fair.

"Considering the difficult circumstances in which members of the rescue teams consumed non-vegetarian food it is not fair to define it as a picnic," the chief secretary said.

Meanwhile, BJP yesterday demanded a CBI probe into the irregularities.