In Record Haul, Drugs Worth Rs 10 Crore Seized In Mizoram

The truck was intercepted at Sairang village, about 20 km from the state capital, during an operation on Thursday evening. 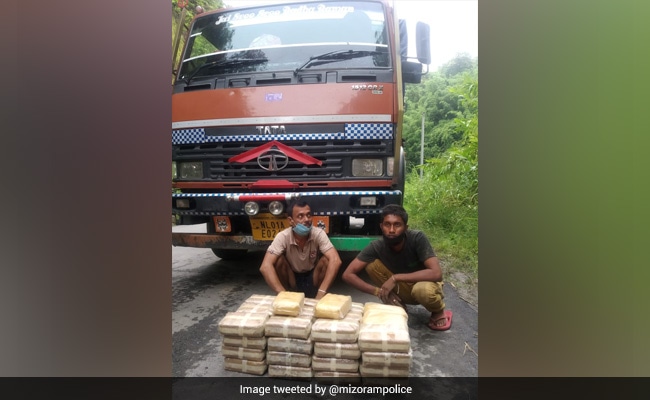 In Record Haul, Drug Worth Rs 10 Crore Seized In Mizoram

In the biggest drug haul in Mizoram this year, police have seized 5 lakh Methamphetamine tablets valued at Rs 10 crore from a truck near Aizawl and arrested two persons from Assam, a senior officer said on Friday.

The truck was intercepted at Sairang village, about 20 km from the state capital, during an operation on Thursday evening.

Inspector General of Police John Neihlaia said Mantu Kumar Deb (45) and Subhas Das (33), both residents of Assam's Karimganj district, were in the truck.

They were arrested and a case was registered against them under the Narcotic Drugs and Psychotropic Substances Act for possessing Methamphetamine, a powerful and highly addictive stimulant.

Acting on an information, the police were checking vehicles and the two tried to flee with the truck. However, it was intercepted and the meth tablets were found inside it, another officer told PTI.

The seizure was made at Mualthuam North village in south Mizoram's Lunglei district on Thursday.