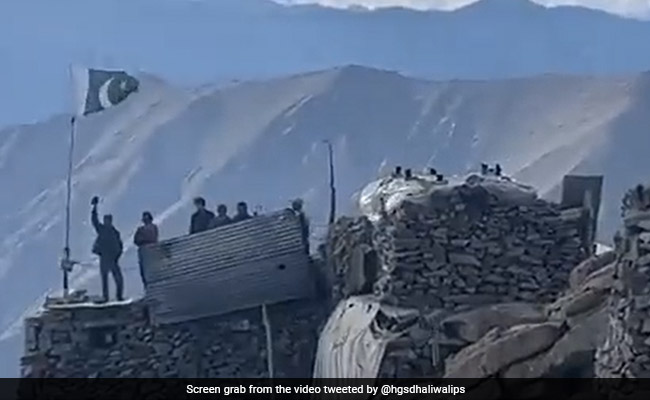 It is often said that music is a powerful tool that unites people and can transcend all boundaries. A recent video doing rounds on the internet seems to have strengthened this belief.

Sidhu's songs playing across the border! bridging the divide! pic.twitter.com/E3cOwpdRvn

The video shows Indian soldiers performing bhangra steps to the music at an army post in a hilly region. As the camera zooms into the other side of the border, a soldier at the Pakistani post is seen waving to the Indian side.

"Sidhu's songs playing across the border, bridging the divide," the IPS officer, who shared the video, said in his tweet.

The clip has accumulated more than 1,58,000 views on Twitter and many paid tributes to the Punjabi singer and rapper who was shot dead in May.

"This is so overwhelming and emotional. People across the borders too felt the pain of his loss. May he be in peace now," wrote a user.

this is so overwhelming and emotional.. people across border too felt the pain of his loss. May he be in peace now.

Many echoed the sentiment of Mr Dhaliwal and highlighted how music can bridge the gap between borders.

Thats the power and beauty of music, creating bridges between people, no matter how different they are! ????#SidhuMooseWala ❤️

This person stressed that even after the artiste's death, his music has stayed alive.

A person summed up the video in one line. "Religion divides us, while music unites us."

Religion divides us, while music unites us.

Many shared the same belief that the love for music knows no bounds.

Music has no barriers....emotions r the same...

Shubhdeep Singh Sidhu, known as Sidhu Moose Wala, was shot dead in broad daylight in Punjab's Mansa district when he was travelling to visit his aunt in Barnala.