Raped by 42 men in 40 days. Supreme Court to hear case after eight-year gap 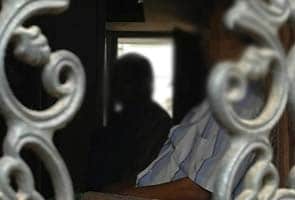 New Delhi: For nearly eight years, a woman from Kerala who was gang-raped by 42 men in 40 days has been waiting for the Supreme Court to take up  her case.

The case is known as the Suryanelli rape case, after the village in Kerala where the woman lived with her parents. They have moved houses twice since then, driven out they say by jeering neighbours.

"Nobody accepts us; when they see us, they try to avoid us. We don't go out," said her father.

The Supreme Court's decision today to begin hearing her case comes after the Chief Justice said yesterday that fast-track trials are essential for rape cases. His comments were made as he inaugurated a special court which will hold daily hearings in the case of a 23-year-old medical student who died after being raped by six men on a moving bus on December 16.   The attack and her death have pushed India into demanding improved safety for women and tougher and more effective laws for sexual crimes.

In the Suryanelli case, a 16-year-old was abducted by a bus conductor who raped her, then passed her onto others, some of who were powerful and well-connected in Kerala at the time.

She was then discarded with no money and in no condition to return home - she couldn't sit or stand because of her injuries.

It was her case that led in 1999 to the commissioning of Kerala's first special court dedicated to handling cases of sexual assault.

35 people accused of raping her were convicted. But the Kerala High Court, three years later, reversed that decision, holding only one person guilty. The grounds for this verdict were criticised by many people.

Her family and the state prosecutor both appealed to the Supreme Court in 2005 against the High Court's verdict. Nothing happened after that.

Promoted
Listen to the latest songs, only on JioSaavn.com
The family survives on her parents' pensions. The victim was given a job as a peon in a government department but in February, she was arrested and suspended for financial misappropriation.