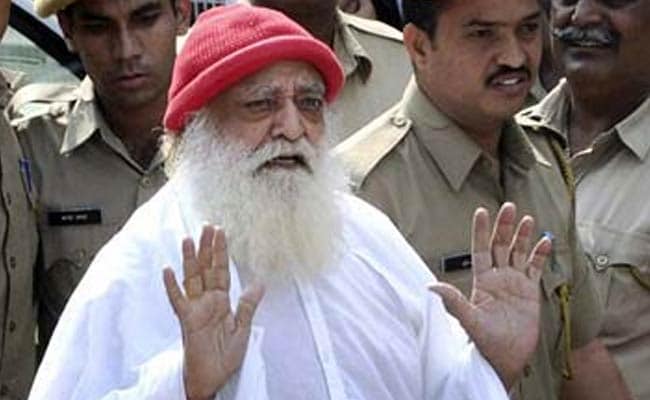 Bareilly, Uttar Pradesh: Controversial spiritual guru Asaram Bapu, arrested on  charges of raping a Rajasthan teen, is heard on tape offering a bribe to a witness, the teen's father has alleged.

He has given the audio clip to the police. The witness, Kirpal Singh, who Asaram, 74, allegedly spoke to, died a few weeks ago.  Before that, he reportedly gave the tape to the teen's father and said it had been recorded eight months ago.

According to the father of the rape survivor, Asaram called Kirpal Singh from jail and can be heard saying that he would get "50 per cent in advance and the rest after the job is done."

"The authenticity of the audio clip is being verified and if proved genuine, it will be used in investigations," said senior police officer Babloo Kumar.

Asaram Bapu, who has hundreds of thousands of followers , and is well known for his discourses on Hinduism, has denied raping the teen at his ashram in Jodhpur in 2013.  The rape survivor had travelled there with her parents and met with the guru alone.

Kirpal Singh was attacked in Shahjahanpur on July 10; he died in a Bareilly hospital the next day. He is the ninth witness in the case against Asaram to have been attacked and the third one to have died.

The conversation between Kripal Singh and Asaram was allegedly organized by two of the guru's followers who are also key suspects in Kripal Singh's murder.