"I am a big admirer of Fawad as a talent. His role in Ae Dil Hai Mushkil added so much of dignity and so much of an impact," said Ranbir Kapoor 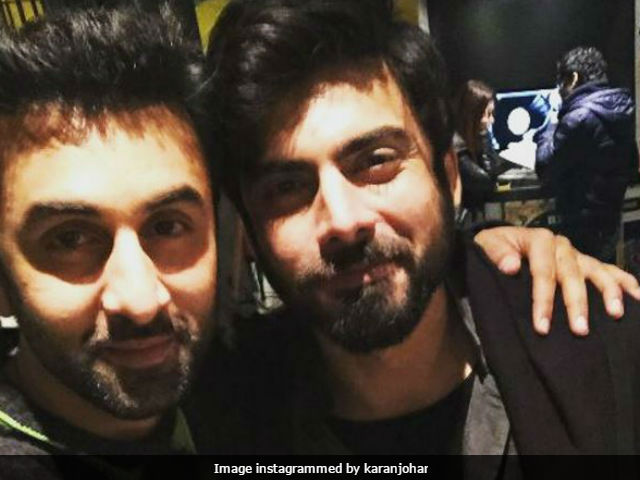 New Delhi: Ranbir Kapoor, who worked with Pakistani actor Fawad Khan in Karan Johar's Ae Dil Hai Mushkil, told news agency PTI that it was 'unfortunate' that the 35-year-old actor had to 'bear the brunt' due to the political tension between India and Pakistan. "It was unfortunate that due to the political climate Fawad had to bear the brunt," PTI quoted Ranbir as saying. Last year, several outfits sought a ban on Pakistani actors from working in Bollywood films after 17 soldiers were killed in Uri terror attack in Jammu and Kashmir. Due to the increasing outrage, a group of theatre-owners had refused to screen Ae Dil Hai Mushkil. The controversy forced filmmaker Karan Johar to post a video on social media condemning terrorism. In the video, the director said that he wouldn't work with Pakistani artistes in the future.

"I am a big admirer of Fawad as a talent. His role in Ae Dil Hai Mushkil added so much of dignity and so much of an impact. He was kind enough to do it as it was like a guest appearance, it wasn't a big part," he added.

Ranbir's father, Rishi Kapoor, co-starred with Fawad Khan in 2016 movie Kapoor And Sons. The 34-year-old actor told PTI that his parents, Rishi and Neetu Kapoor, are fans of Fawad Khan.

"I loved his part in Kapoor And Sons. My parents are his fans. My mother is borderline obsessed with Fawad, she has been watching serials like Humsafar," PTI quoted Ranbir Kapoor as saying.

Fawad Khan made his Bollywood debut in 2014 with Khoobsurat, co-starring Sonam Kapoor.

In Pakistan, Fawad has worked in popular television shows and films. He is best known for shows like Dastaan, Humsafar and Zindagi Gulzar Hai. He made his acting debut in 2007 with Pakistani film Khuda Kay Liye.

Promoted
Listen to the latest songs, only on JioSaavn.com
Meanwhile, Ranbir Kapoor is currently busy promoting his film Jagga Jasoos, co-starring Katrina Kaif. He will next feature in actor Sanjay Dutt's biopic, directed by Rajkumar Hirani. He is also committed to working with Ayan Mukerji in his film Dragon, opposite Alia Bhatt.