LJP state unit president Pashupati Kumar Paras also said that his party was looking forward to contest the assembly polls in Bihar next year as part of the NDA under the leadership of Chief Minister Nitish Kumar. 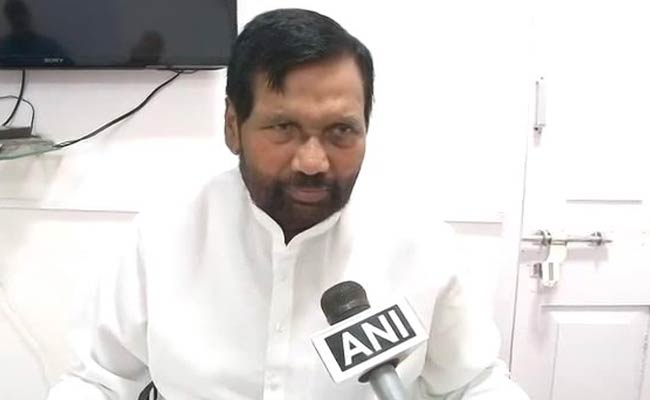 The Lok Janshakti Party on Wednesday said it will try to persuade the JD(U) to join the Narendra Modi government on expansion of the Union cabinet, which is likely within six months.

LJP state unit president Pashupati Kumar Paras also said that his party was looking forward to contest the assembly polls in Bihar next year as part of the NDA under the leadership of Chief Minister Nitish Kumar, who heads the Janata Dal (United).

There has been intense speculation over BJP-JD(U) ties ever since the JD(U) did not join the new NDA government at the centre after it was offered a single Cabinet berth.

"It will be our endeavour to take the JD(U) on board when the Union cabinet expands in about six months. We are also looking forward to repeating the success of the Lok Sabha polls, wherein the NDA won 39 out of 40 seats in the state, in the assembly polls next year," Mr Paras told a regional news channel.

"We are looking forward to contesting the polls with all NDA constituents solidly beside each other under the leadership of Nitish Kumar," the LJP leader, who was previously a minister in the state cabinet but has now been elected to the Lok Sabha, said.

Mr Paras retained for his party the Hajipur Lok Sabha seat, a pocket borough of his elder brother Ram Vilas Paswan, who is the founding president of the LJP and a member of the Narendra Modi cabinet.

Nitish Kumar's contention that there was no need for his party to have a symbolic representation in the Union council of ministers since the BJP had a thumping majority on its own had led the opposition to hint at cracks in the alliance.

RLSP chief Upendra Kushwaha attacked the JD(U) chief, alleging that he was planning yet another political somersault, while veteran RJD leader and former Union minister Raghuvansh Prasad Singh urged the Chief Minister to quit the NDA and consider becoming a part of a national alternative to the BJP.

Mr Kumar, however, asserted that all is well within the alliance and insisted that his decision was not indicative of any slight that he might have felt at the hands of the BJP.

He pointed out that he had declined a similar offer in 2017, soon after his exit from Grand Alliance and return to NDA, but it did not affect his party''s chemistry with NDA partners.