Mulayam Singh's younger daughter-in-law, nicknamed "chhoti bahu" within the party, has often aired views that are out of sync with the family line. 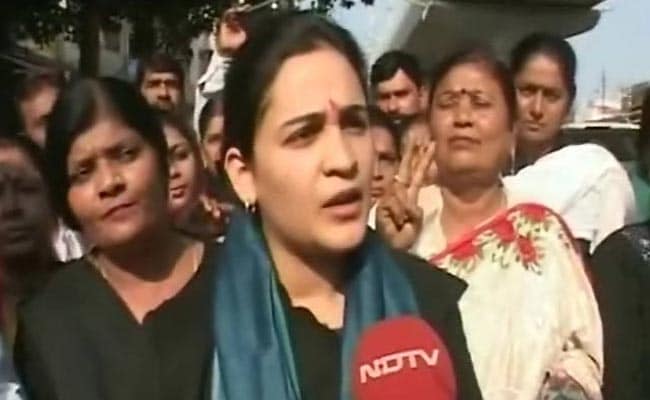 Aparna Yadav, the daughter-in-law of Samajwadi Party leader Mulayam Singh Yadav, has added her voice to the demands for a Ram temple at the site of the razed Babri mosque in Ayodhya, after the Supreme Court posted the case to January. But she clarified that she believes in the procedure of the court.

"My opinion is that a Ram temple should be built in Ayodhya," she told reporters in Uttar Pradesh's Barabanki on Wednesday.

But she added that she had faith in the Supreme Court and "if the court has said that it will hear the case in January then we should wait for it".

Mulayam Singh Yadav's younger daughter-in-law, nicknamed "chhoti bahu" within the party, has often aired views that are out of sync with the family line.

The wife of Mulayam Singh Yadav's younger son Prateek doesn't share very easy ties with her brother-in-law Akhilesh Yadav, and the rift was apparent when she met with Yogi Adityanath more than once after the BJP defeated the Samajwadi Party in UP elections last year.

Asked by reporters if she backed the BJP on the Ram temple, Aparna Yadav said: "I am not with BJP, I am with Ram."

On Monday, the Supreme Court posted the hearing on the temple-mosque dispute to January, not far from the 2019 national election due in months.

Multiple petitions have challenged a 2010 high court order that had partitioned between the Sunni Waqf Board, Nirmohi Akhara Dal and Ram Lalla (infant Lord Ram) the land where the 16th century Babri mosque stood before being pulled down by Hindu activists who believed it was built on an ancient temple marking the birthplace of Lord Ram.

As a legal decision looks difficult before the 2019 national polls, the government is left facing demands from its affiliates for an ordinance or special order to enable a temple at the disputed site.