Many issues are amenable to judicial resolution "but I don't think we can mix up customs and faith", P Chidambaram said. 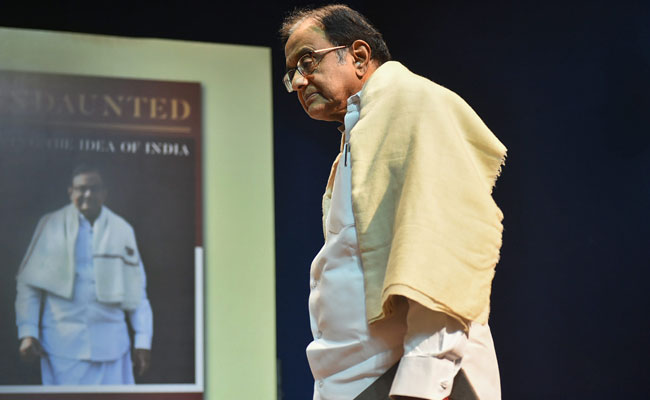 P Chidambaram spoke about Sabarimala during the launch of his new book. (PTI)

The Ram temple issue is about "faith" and Sabarimala is about "customs" and the two should not be mixed, senior Congress leader P Chidambaram said on Friday.

His comments came during the launch of his new book "Undaunted: Saving the Idea of India", a collection of his essays published last year, at the Nehru Memorial Museum and Library in Delhi.

"Ram temple is not an issue of customs, it is an issue of faith. While Sabarimala is a matter of customs which are opposed to modern constitutional values," the former Union minister of finance and home said in response to a question on the two issues.

In Ayodhya, and not to trivialise the faith of those who believe in Lord Ram and his birthplace, it is a matter of faith, he said.

"And, it is because of that, a group of people are claiming the land. Others are saying a mosque existed several hundred years ago. The question is whether the Supreme Court would resolve issues raised by the Allahabad High Court," the Rajya Sabha member said.

Many issues are amenable to judicial resolution "but I don't think we can mix up customs and faith", he said.

As far as Sabarimala is concerned, it is an issue on which one can't take a categorical view, he added.

"I as an individual accept the SC judgement, but how can I stop ordinary men, women and party workers to express those views," Mr Chidambaram said.

The Congress took a view, saying "we accept the SC judgement, but we can't tell our party workers, you can't have other views".

"Our president (Rahul Gandhi) did not say he has changed his stand (on Sabarimala)," the former minister added.

On September 28, a five-judge Constitution bench, headed by the then chief justice Dipak Misra, lifted the ban on the entry of women of menstrual age into the shrine.

Kerala Congress activists, including several women have protested on the verdict, and even demonstrated in front of an office of the Travancore Devaswom Board, that manages the hill shrine, with the slogan of ''Protect Sabarimala Temple''.

On the Ram temple issue, Prime Minister Narendra Modi and his party BJP, have been alleging that Congress was trying to impede the judicial process for resolution of the matter.