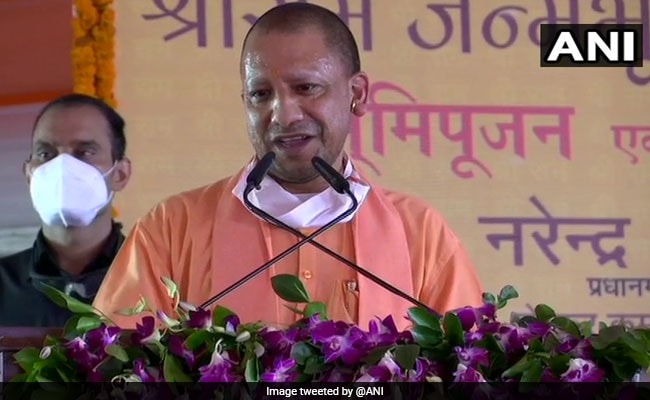 The power of Indian democracy and judiciary under the leadership of PM Modi has shown the world how solutions to problems can be found through democratic and constitutional means, he said at the groundbreaking ceremony for the temple.

Prime Minister Modi earlier performed the ''bhoomi pujan'' of a Supreme Court-mandated Ram temple in Ayodhya, bringing to fruition the BJP''s ''mandir'' movement that defined its politics for three decades and took it to the heights of power.

On November 9, 2019, the Supreme Court settled the fractious issue going back more than a century and backed the construction of a Ram temple by a trust at the disputed site. It also ruled that an alternative five-acre plot must be found for a mosque in the Hindu holy town.