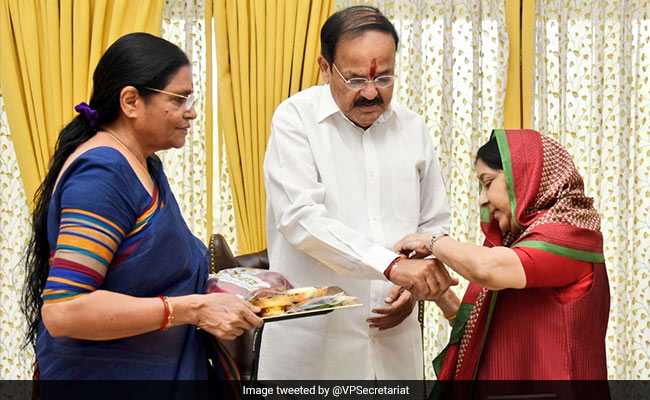 Every year on Rakhi, Sushma Swaraj used to visit Mr Naidu at his residence and perform the rituals of Raksha Bandhan.

Last year, while paying tribute to Sushma Swaraj in Rajya Sabha, the Vice President said, she was a "sister" to him who tied Rakhi every year. "This year I will be missing this honour," Mr Naidu had said.

Mr Naidu often described her as an "able administrator" and "true voice of the people" after the sudden death of the former external affairs minister.

Sushma Swaraj was known for her witty remarks on Twitter. She was also much appreciated for responding quickly to people, reaching out to her, on social media for help.

Sushma Swaraj was a member of the Rajya Sabha for three terms and was elected to Lok Sabha four times. Always smiling, she was a popular leader across party lines.