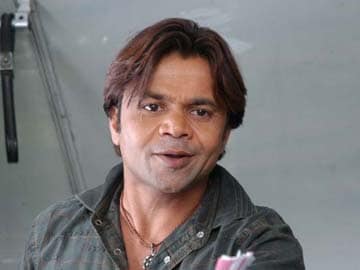 New Delhi: Bollywood actor Rajpal Yadav today got temporary relief from the Delhi High Court which suspended his sentence following his appeal against its single judge's order sending him to 10 days in jail for misleading the court in a recovery suit filed against him and his wife by a businessman.

42-year-old Yadav had spent three days in jail, the single judge of the high court had suspended his sentence and granted him time till today to file his statutory appeal.

A bench of Justices B D Ahmed and Vibhu Bakhru issued notice to Delhi-based company Murli Projects and sought its reply by January 22, 2014 while hearing Yadav's appeal against the single judge's December 3 order.

It said, "In the meantime, the sentence will remain suspended till its further order."

The court also relaxed a condition in which the single judge had directed Yadav not to leave Delhi or the country without its permission.

The bench accepted the submission of Yadav's counsel that the actor has surrendered his passport to the Registrar General (RG) of the Delhi High Court and the condition that he will not leave Delhi or India will not serve any purpose as he has to shoot for his projects.

"Appellant (Yadav) can complete his projects within India. However, he will not travel outside the country," the bench said.

The court also recorded an undertaking from Yadav that within a week he would give a cheque of Rs 20 lakh to Murli Projects.

Promoted
Listen to the latest songs, only on JioSaavn.com
The single judge bench, which was hearing the recovery suit, had taken exception to the affidavit filed by Yadav on December 2, which was allegedly falsely prepared and contained forged signatures of his wife.