37 People have been killed in Torrential rains in Kerala. 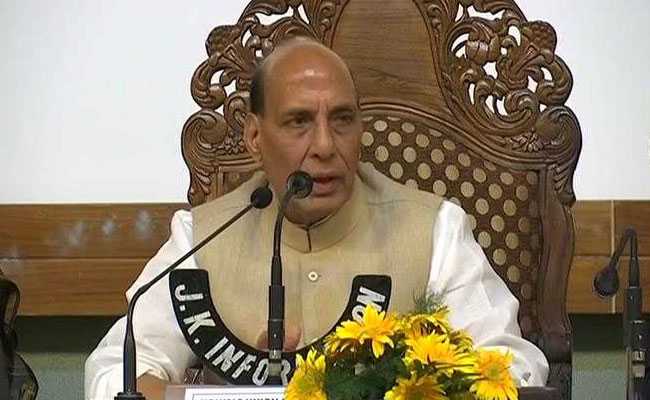 Rajnath Singh will review the search, rescue and relief measures taken by the Kerala government.

Union Home Minister Rajnath Singh will undertake an aerial survey of flood-hit Kerala today. He will be accompanied by Tourism Minister KJ Alphons and senior officers from the Ministry of Home Affairs.

He will review the search, rescue and relief measures taken by the Kerala government and central government agencies with Chief Minister Pinarayi Vijayan, Ministers of the state government, the Chief Secretary besides the senior officers of the central agencies and the state administration, the statement said.

In a telephone conversation on Friday, Mr Singh had assured Kerala chief minister of all central help to the to deal with the rains and floods.

As many as 14 teams of NDRF consisting of 404 rescuers and 31 boats were already deployed in various parts of flood-hit districts --  Thrissur, Ernakulam, Alappuzha, Wayand, Kozhikode and Idukki to assist the state administration in the relief and rescue operation as well as distribution of essential relief material and to provide medical support to affected people at the time of emergency.

So far, the NDRF teams have rescued seven people and evacuated 398 others and 12 livestock, the statement said. In view of possible inundation, NDRF teams are kept on standby in vulnerable locations and keeping close vigil over the development of situation.

Additional teams are also kept as standby at nearest NDRF station at Arrakonnam in Tamil Nadu and will be mobilised, if required. Director General, NDRF is supervising the ongoing rescue operations. Besides the NDRF, adequate columns of Army, Navy and Coast Guard, helicopters of Indian Air Force, Navy and Coast Guard are deployed in Kerala for assisting the state administration in lifting and dropping of essential commodities