Did Not Rest For A Day In 100 Days, "Incredible" Work Done: Rajnath Singh 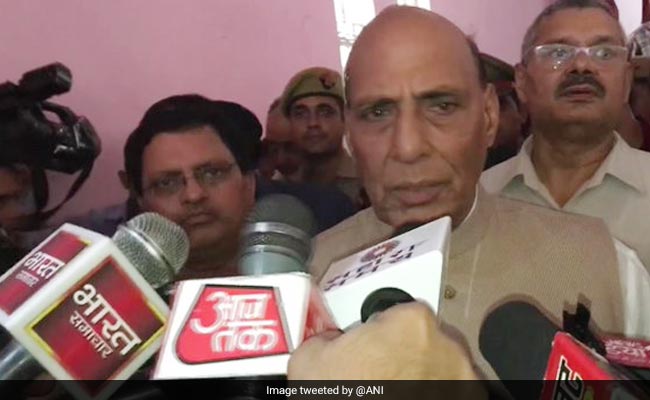 Rajnath Singh said the work done by the government in these 100 days is "incredible".

Union Defence Minister Rajnath Singh on Sunday said the BJP-led Central government did not rest even for a day and did an "incredible" work during hundred days of Prime Minister Narendra Modi's second term.

Talking to media persons after attending the National Youth Summit in Ghaziabad as the chief guest, Mr Singh said: "We did not take rest even for a day in the 100 days of Prime Minister Modi's second term. The work done by our government in these 100 days is incredible."

Earlier today during a rally in Haryana's Rohtak, Prime Minister Modi asserted that the 100 days of his government were defined by change, determination, improvement, and good intention.