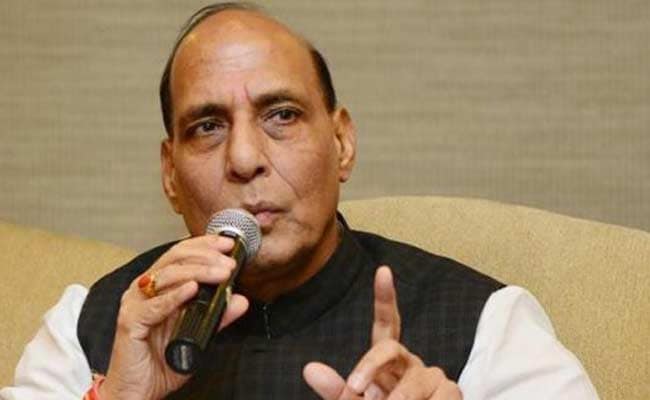 "The incident at JNU has received support from Hafiz Saeed. This is a truth that the nation needs to understand," the Home Minister said today linking the founder of terror group Lashkar-e-Taiba to the student demonstrations that saw anti-India slogans being shouted at an on-campus event that went ahead despite JNU denying it permission.

Opposition leaders, who say a student leader was arrested without any evidence on sedition charges and that the police should not have been allowed onto the JNU grounds to arrest him and search for others, demanded the Home Minister disclose the basis of  his premise about Hafiz Saeed.

The Home Minister then issued a clarification saying Mr Singh's remark on the Lashkar chief was based on inputs from "different agencies".

Earlier this week, Delhi Police quoted a tweet about the JNU demonstration that it appeared to believe was from Hafiz Saeed, and warned students not to be swayed by anti-national propaganda. The Twitter account that it quoted was deleted later amid reports that it was an imposter account for Hafiz Saeed.

Delhi Police Chief BS Bassi today countered that the tweet was "sinister" and he therefore felt it important to alert students that support for that sort of statement could result in severe punishment.