Rajiv Gauba, 59, had served as secretary in the Union urban development ministry before being appointed in the sensitive post which will be a two-year tenure. 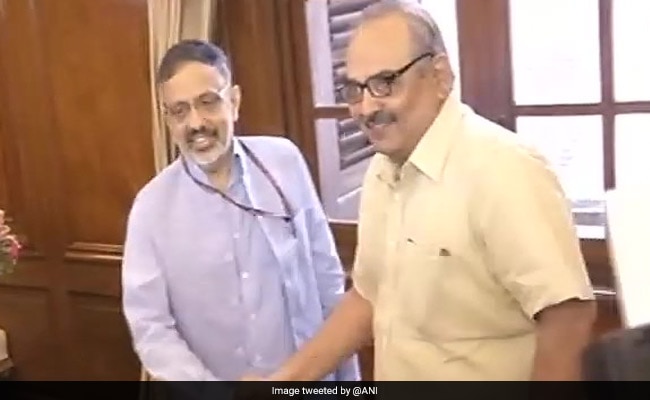 Mr Gauba has joined the home ministry as an Officer on Special Duty (OSD) on June 27 after his appointment as the new home secretary.

He had served as secretary in the Union urban development ministry before being given the new assignment.

Earlier, he had worked in the home ministry as additional secretary, looking after crucial left wing extremism division, among many other responsibilities.

Mr Gauba has wide-ranging experience in senior positions at policy making and programme implementation in both central and state governments and in international organisations. Born in Punjab in 1959, Mr Gauba had graduated in Physics from Patna University.

He had served in Jharkhand as the chief secretary for 15 months before joining the central government last year.

Mr Gauba has also served in the central government's ministries of home, defence, finance, environment and forests and department of electronics and information technology in different positions.

Promoted
Listen to the latest songs, only on JioSaavn.com
He had also served as district magistrate of Gaya, Nalanda and Muzzaffarpur districts before Jharkhand was carved out of Bihar. He represented India on the board of International Monetary Fund for four years.

As the Union home secretary, he will be handling issues like internal security, militancy in Jammu and Kashmir and the Northeast, Maoist problems in the central and east India besides other issues.