Mr Naidu's observation came in light of the 67-year-old megastar's hints of entering politics soon, at a meeting with his ardent fans in Chennai on Friday. 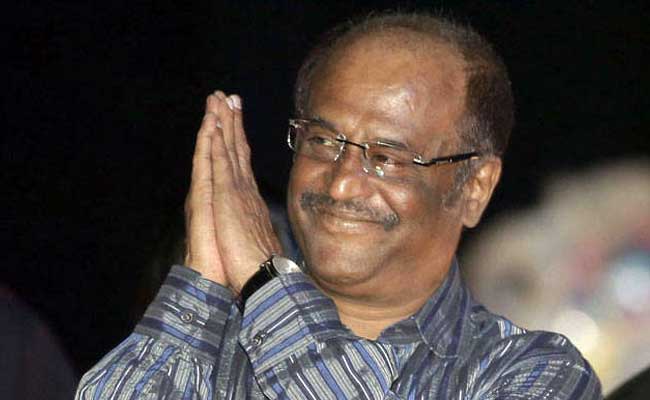 At an event in Bengaluru, Venkaiah Naidu expressed his approval from Rajinikanth to meet the PM

"Rajnikanth is a great actor. Narendra Modi is a great leader. There is no problem if he (Rajnikanth) wants to meet the Prime Minister," Mr Naidu told reporters at a campus event.

Mr Naidu's statement comes after the 67-year-old megastar's hinted that he could make an entry into politics soon, at a meeting with his enormous fan base in Chennai on Friday.

"I am not aware of any possible meeting between Rajinikanth and Narendra Modi," said Mr Naidu after unveiling the statue of prominent industrialist and philanthropist MS Ramaiah, who was the founding member of the Gokula Education Foundation in Bengaluru during the early 1960s.

The Union Minister said that the central government, however, wanted the current factionalism that is prevalent in the ruling AIADMK to end and that the party should fulfill the promises made by former Tamil Nadu Chief Minister, J Jayalalithaa to the state of Tamil Nadu.

Promoted
Listen to the latest songs, only on JioSaavn.com
Earlier this week, superstar Rajinikanth , in response to the BJP's invitation "into politics or the party", offered no comment. "Whatever I had to say I said, now I have nothing more to say," was the actor's response when he was asked about Tamil Nadu Union Minister Pon Radhakrishnan suggesting to him that BJP "welcomes" him.