A B.Tech graduate from IIIT, Jabalpur, Deshal completed his 10th from Jaisalmer, 12th from Kota and shifted to New Delhi to prepare for civil services examination. 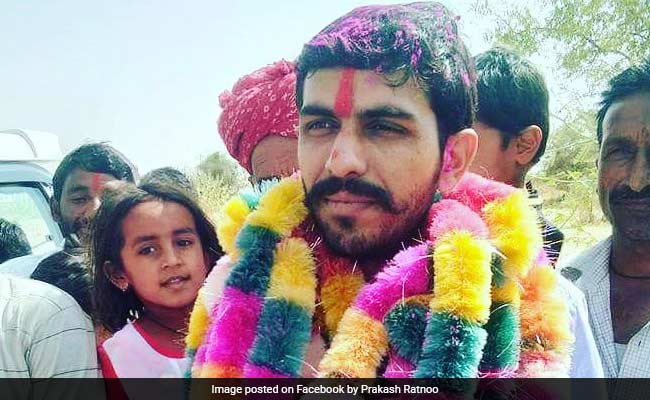 Deshal Dan, 24, has also secured the 5th rank in the Indian Forest Services.

Jaipur: Kushal Dan, 60, a tea stall owner in Sumaliyai town of Rajasthan's Jaisalmer district stands a proud man. His son Deshal has secured the 82nd rank in his maiden attempt in the civil services examination 2017, the results of which were announced Friday.

"I worked hard for my family, which I believe is now paying back. It will give me satisfaction when people at our tea stall will talk about my son's hard work. He has set example for others who want to make it big in their life," Kushal Dan said on his son's achievement.

It was his first attempt and Deshal said he cleared the exam without any formal coaching.

"My elder brother, who was in the Indian Navy, was an inspiration for me. My family continued supporting me in tough times. My father sold tea for several years since 1989 at Union Chauraha, Deshal told news agency PTI.

A B.Tech graduate from IIIT, Jabalpur, Deshal completed his 10th from Jaisalmer, 12th from Kota and shifted to New Delhi to prepare for civil services examination along with his friends.

Flooded with congratulatory phone calls from the people from his village, Deshal said that proper guidance to the students in remote areas can channelise them in right direction. Hard work has no parallel, he said.

Promoted
Listen to the latest songs, only on JioSaavn.com
Based on the performance in the last year's exam, a total of 990 candidates -- 750 men and 240 women -- have been recommended by the UPSC for appointment to various central government services.