A nine-year-old Dalit student Indra Kumar was thrashed by a teacher on July 20 for allegedly touching a water pot in the school in Jalore district in Rajasthan. 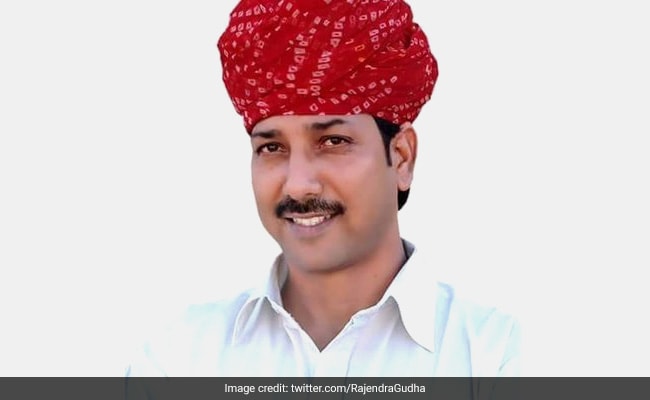 Mr Gudha is one of the 6 MLAs who won the 2018 assembly polls on a BSP ticket but later joined Congress.

Rajasthan minister Rajendra Gudha said on Wednesday that if the Jalore Dalit boy's family does not get justice, the MLAs who joined the ruling Congress from BSP will not hesitate from withdrawing support to the government.

The minister of state for rural development also said that no incident of crime should be linked to any particular community.

Mr Gudha is one of the six MLAs who won the 2018 assembly elections on a BSP ticket but later joined the Congress.

"The truth is that if the government does not take any action (in the Dalit student death case) and that Dalit family does not get justice, then we all will go an extent even if we have to lose our membership," Gudha told reporters, while talking about withdrawing support to the government.

In Jalore, nine-year-old Dalit student Indra Kumar was thrashed by a teacher on July 20 for allegedly touching a water pot in the school. He died on August 13 during treatment at a hospital in Ahmedabad. Accused teacher Chhail Singh (40) has been arrested.