Raisina Dialogue: Pradeep Kumar Gyawali, Nepal's Foreign Minister said, "Next door, we have always emphasised the good and harmonious relations between our two big neighbours (China and India). When these two rise together, the rise of Asia becomes unstoppable." 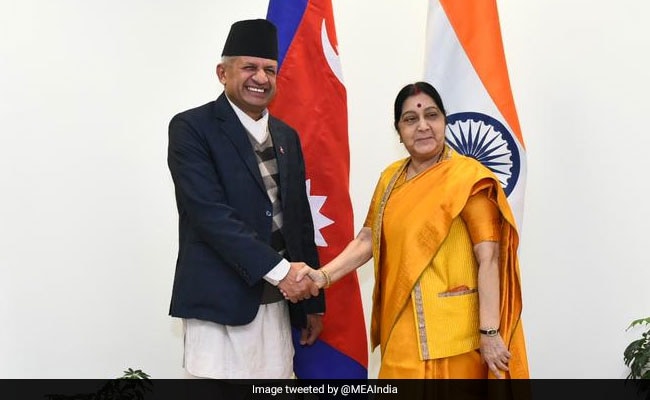 Nepal on Thursday said when India and China rise together, the rise of Asia is "unstoppable" and hoped for harmonious ties between its two "big neighbours".

Nepal's Foreign Minister Pradeep Kumar Gyawali, in his address at the Raisina Dialogue in the national capital, also pitched for strengthening of the South Asian Association for Regional Cooperation (SAARC), Bay of Bengal Initiative for Multi-Sectoral Technical and Economic Cooperation (BIMSTEC) and the implementation of the agenda of Bangladesh, Bhutan, India, Nepal (BBIN) sub-regional cooperation.

On the sidelines of the dialogue, the Nepalese foreign minister met his Indian counterpart Sushma Swaraj and reviewed recent developments in bilateral ties across diverse sectors, including development projects and connectivity, according to Ministry of External Affairs Spokesperson Raveesh Kumar.

In his address, Mr Gyawali said: "Next door, we have always emphasised the good and harmonious relations between our two big neighbours (China and India). When these two rise together, the rise of Asia becomes unstoppable."

"We were encouraged in this context by the positive vibe that last year's Wuhan summit (between Prime Minister Modi and Chinese President Xi Jinping) created. We are of the view that one country's rise should not be seen as a threat to the other. It could be an opportunity to rise together," he said.
Mr Gyawali said amity with all and animosity with none is the basis of Nepal's foreign policy.

A country like Nepal has been a firm advocate of a rule-based, predictable international order, he said.

"We are a believer of multilateralism where we can get our voices heard, problems and challenges recognised and support be extended.

"Rules-based order is essential for our survival. We have always been the supporter of multilateral institutions like the UN. What we have wanted though is its reform to reflect the current reality," he said.

India and Nepal relations have been comprehensive and the two countries are connected by geography, history, religion and cultures, he said.

"While the world is becoming more interdependent, the challenges ahead require to be addressed with more collective efforts, these include challenges posed by the tendencies to weaken multilateralism and collaboration," the Nepalese foreign minister said.

There is uncertainty because the existing world order stands challenged and the new world order is yet to be established, he said.