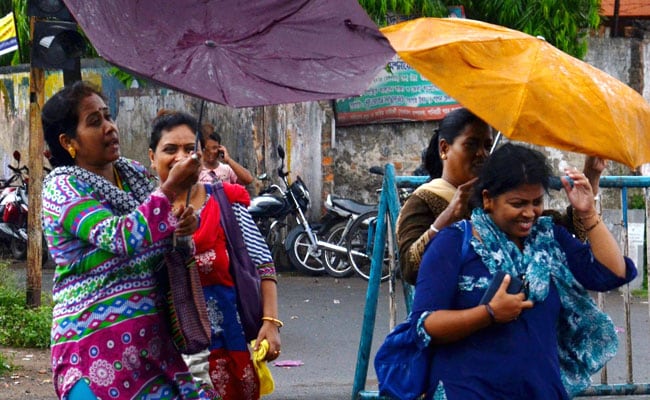 Among several places in Punjab, Amritsar recorded the maximum temperature at 30.4 degrees Celsius, six notches below normal, as per Meteorological Department report. The city witnessed rainfall of 5 mm.

Ludhiana and Patiala witnessed the respective maximums at 37.2 and 39.1 degrees Celsius, up to two degrees below normal.

Ludhiana and Patiala recorded rainfall of 4 mm and 1.9 mm respectively.

In Haryana, Ambala's maximum was 38.8 degrees Celsius, two notches above normal and the city saw rainfall of 0.8 mm.

Maximum temperatures of Hisar and Karnal were 40.4 and 40 degrees Celsius respectively, up to three notches above normal.

In the afternoon, the dust storm hit Chandigarh, Mohali and Panchkula.

Promoted
Listen to the latest songs, only on JioSaavn.com
A car and a two-wheeler got damaged after uprooted tree fell on them in a market in Mohali.

The MeT department predicted light rains or thundershowers at isolated places in Punjab and Haryana in next 24 hours.