Delhi rain: Several low-lying areas were submerged and traffic movement was hampered in parts of the city, bringing life to a standstill for a few hours. 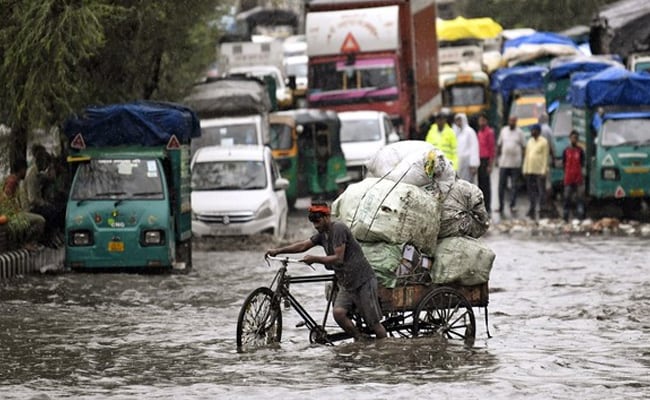 Several low-lying areas were submerged and traffic movement was hampered.

At least seven flights were diverted and 40 services were delayed at Delhi airport due to heavy rain in the national capital, according to news agency Press Trust of India.

At least 25 flight departures and 15 flight arrivals were delayed due to bad weather on Wednesday, PTI reported, quoting sources. Traffic, in many parts of the city, was hit too due to the heavy downpour.

#DiversionUpdate: Flight UK952 Mumbai to Delhi (BOM-DEL) has been diverted to Jaipur (JAI) due to heavy rain in Delhi. Please stay tuned for further updates.

Vistara said on Twitter that its two Mumbai-Delhi flights were diverted to other cities -- one to Jaipur and another to Indore -- due to heavy rains in Delhi.

Despite suffering the inconvenience of traffic jams and water-logging, users on social media seemed to enjoy the drop in temperature brought by the showers in the city. 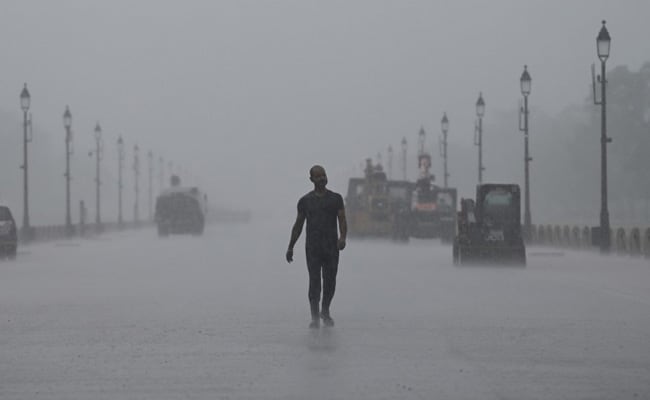 Kindly avoid the following routes due to waterlogging and Vehicle breakdown in South District-
1)Aurbindo stretch from INA to AIIMS
2) Moochand Underpass on Ring Road
3) Aurbindo marg from IIT to Adhchini
4) MB road near Vayusenabad.

Delhi's traffic police on Twitter alerted citizens to avoid routes such as Aurbindo stretch, Moochand Underpass on Ring Road, and Aurbindo marg from IIT to Adhchini.