The stock, bond and currency markets remain open though trading volumes are likely to be impacted. 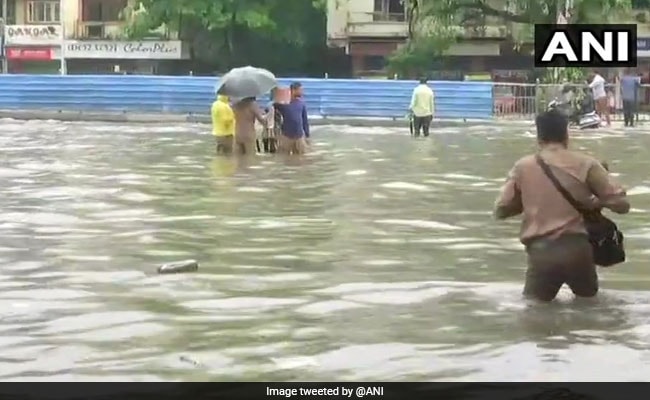 About 1,000 people were evacuated from an area in Mumbai as a river started to overflow.

Large parts of Mumbai, home to India's financial markets and the central bank, were inundated because of incessant monsoon rains over the past 24 hours, prompting the city administration to declare a holiday.

Airlines in the Mumbai's airport were forced to delay, divert or cancel dozens of flights after a Boeing Co. 737 aircraft operated by SpiceJet Ltd. overshot the runway in Mumbai amid heavy rains. The stock, bond and currency markets remain open though trading volumes are likely to be impacted.

"It is very unsafe to go out," Mahesh Palawat, a vice president of meteorology and climate change at Weather forecaster Skymet, said in a Twitter post. "Nothing is important than your safety," he said, adding that Mumbai and suburbs saw rainfall of as much as 500 millimeters in the last 24 hours.

Disruptions due to seasonal rains, which also affected train services, are a regular occurrence in Mumbai, as authorities in the mega city of 18 million grapple with crumbling infrastructure. Sixteen people were killed in a suburb of the city when a wall collapsed, according to NDTV. The city's travails highlight the need for Prime Minister Narendra Modi to accelerate the $1.44 trillion his party pledged to build roads, railways and other infrastructure in Asia's third-largest economy.

At least 54 flights were diverted since the SpiceJet incident late on Monday, a spokeswoman for the airport said, and flight tracking website Flightradar24.com showed at least 57 cancellations to and from India's second busiest airport on Tuesday morning. Vistara, the local affiliate of Singapore Airlines Ltd., canceled at least 10 flights, while market leader IndiGo and SpiceJet warned of delays and diversions in Mumbai, home to the the nation's two largest stock exchanges and the central bank.

About 1,000 people were evacuated from an area in Mumbai as a river started to overflow, the city council's Monsoon helpline said on Twitter. The Bombay Stock Exchange will, however, stay open on Tuesday, a spokesman said.