Railways Will Soon Display Video Explanations On Platform For Delays

Sources in the railways said a one-minute video clip appealing to passengers to be patient in event of any train delay will be played at every railway station from this week. 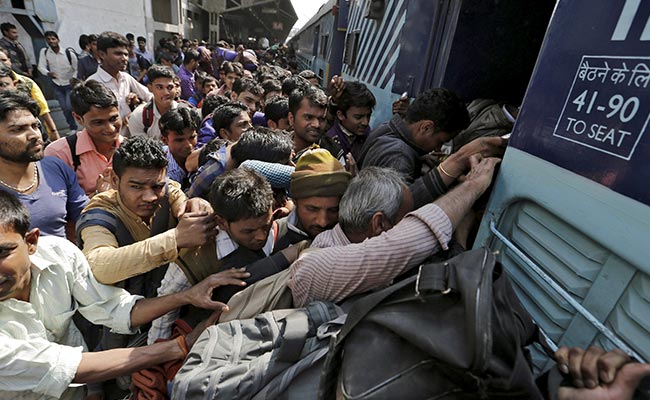 New Delhi: As the railways battles severe delays in train operations, it has decided to play video messages on platform information screens explaining the reasons behind trains running late and seeking cooperation of passengers.

Sources in the railways said a one-minute video clip appealing to passengers to be patient in event of any train delay will be played at every railway station from this week.

The national transporter hopes to assuage some of the anger that has been simmering due to late-running trains, they said.

"Please be patient, your patience will make your future better" - this is the brief of the video.

While the video will be played on information screens at stations, its audio, in which the narrator talks about the track maintenance work undertaken by the national transporter, will be played on loop across stations to maximise its reach.

The video juxtaposes images of people waiting for their trains and sweating at stations with the maintenance and repair works underway at different locations, trying to explain the delay.

The narrative also apologises for the delays, but states that the track maintenance work will give passengers better travelling experience in the future.

Promoted
Listen to the latest songs, only on JioSaavn.com
With almost 30 per cent of trains running late, the punctuality performance of the railways in 2017-18 has gone down in comparison to the two previous financial years, according to official data.