"The Railway Board has decided that in case of exigencies, running of passenger-carrying trains on the DFCCIL network on corresponding IR lines can be permitted....," the order read. 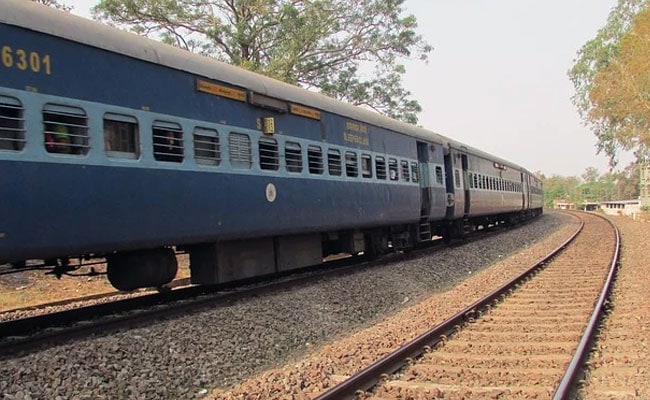 The eastern and western dedicated freight corridors will now be used for passenger trains.

The eastern and western dedicated freight corridors, which have been designed for the exclusive movement of goods trains at a high speed, will now be used for passenger trains in times of exigencies, according to an official order of the Railway Board.

This will come into effect in case of train accidents or natural calamities where passengers will be ferried to their destinations on the parallel DFC network, sources said. The move will benefit the passengers of the Delhi-Howrah and Delhi-Mumbai routes -- two of the busiest rail routes in the country. These routes also run parallel to the two dedicated freight corridors (DFCs).

"The Railway Board has decided that in case of exigencies, running of passenger-carrying trains on the DFCCIL network on corresponding IR lines can be permitted....," the order read.

Railway Board officials said the eastern and western DFCs are being built only for freight and as a rule, high-speed goods trains (100 kmph) are being operated on the said corridors.

There is no provision for running passenger trains on the DFCs.

The board has given permission to run passenger trains on the DFCs only under special circumstances.

What is significant is that 80 per cent of the eastern and western DFCs run parallel to the Delhi-Howrah and Delhi-Mumbai rail routes respectively. This will enable passenger trains to run on the DFCs in case of a disruption in the existing rail routes.

These busy routes witness disruptions if there is a breach in the tracks due to any reason. This leads to more congestion and diversion of trains, affecting the overall operations.

The EDFC, with a route length of 1,875 kilometres, will start from Sahnewal near Ludhiana in Punjab and pass through Punjab, Haryana, Uttar Pradesh, Bihar and Jharkhand to terminate at Dankuni in West Bengal.

It will traverse through six states with the maximum length in Uttar Pradesh and Haryana having the least coverage.

The Western Dedicated Freight Corridor is a 1,504-kilometre-long, under-construction broad gauge freight corridor. It will connect Dadri in Uttar Pradesh with the Jawaharlal Nehru port in Maharashtra's Navi Mumbai.