"Stop Shaking. Be A Man": Rahul Gandhi On PM's "Insult To Women" Attack

Earlier on Wednesday, Rahul Gandhi had mocked PM Modi saying he told a woman to defend him on Rafale in parliament. 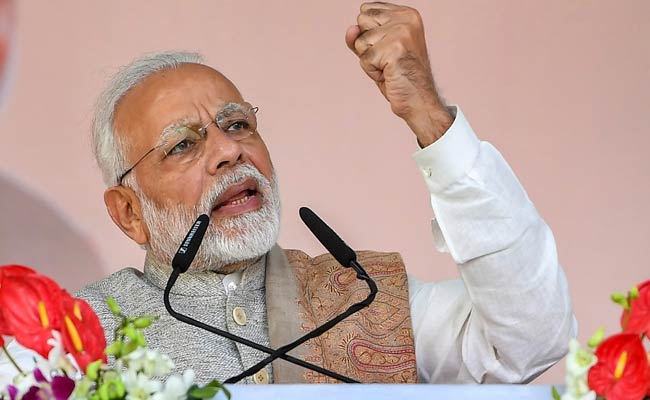 Rahul Gandhi has been accusing PM Modi of avoiding the debate by not attending parliament.

Prime Minister Narendra Modi on Wednesday accused Congress president Rahul Gandhi of insulting "India's first woman defence minister" Nirmala Sitharaman in the Rafale controversy. Rahul Gandhi had said that the prime minister "got a woman to defend him" in parliament instead of confronting the debate on the fighter jet deal that is at the core of a huge political row.

Later in the evening, Mr Gandhi hit back with a comment that was seen to be as sexist as his previous one.  "Stop shaking, Be a man," he tweeted.

With all due respect Modi Ji, in our culture respect for women begins at home.

Stop shaking. Be a man and answer my question: Did the Air Force and Defence Ministry object when you bypassed the original Rafale deal?

Yes? Or No? #RafaleScam

It all started when at a rally in Rajasthan earlier in the day, the Congress chief mocked PM Modi saying he told a woman to defend him on Rafale in parliament.

"The watchman with a 56-inch chest ran away and told a woman, Sitharaman ji, defend me. I won't be able to defend myself, defend me. For two and a half hours, the woman could not defend him. I had asked a straight question - answer yes or no - but she couldn't answer," said Mr Gandhi, using the word 'mahila (woman)' several times in the much-criticised comment.

Union Minister Sushma Swaraj tweeted that the comment marked a "new low" in the history of Indian politics.

Nirmala Sitharaman, 59, is the first full-time woman defence minister of the country, but Indira Gandhi was the first woman to hold the defence portfolio.

Mr Gandhi kept accusing the prime minister of running away from the debate and fielding the minister.

He also demanded a "yes or no" answer from the Defence Minister on whether the defence ministry or the Air Force raised objections when an earlier deal for 126 Rafale jets negotiated by the previous Congress-led UPA was scrapped.

The ruling BJP alleges that the previous plan didn't materialise because the Congress failed to score a lucrative deal.