Yogi Adityanath asked people not to have any hopes of development from the Congress that he said was a "symbol" as well as the "messiah" of destruction. 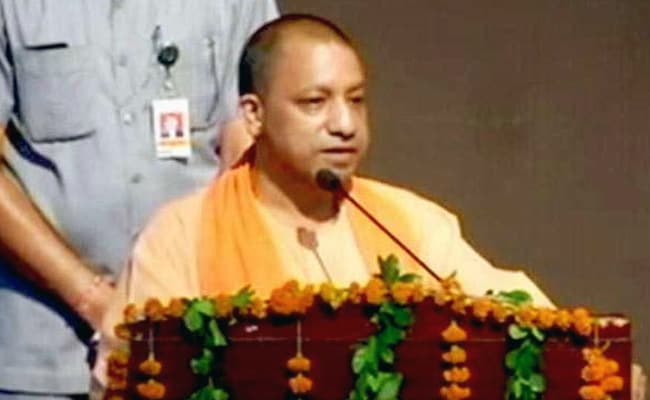 Yogi Adityanath said problems like naxalism, terrorism and corruption are Congress' "gifts" to the nation

New Delhi: Setting the tone for the election campaign in Gujarat that is expected to go to polls in December, Uttar Pradesh Chief Minister Yogi Adityanath on Friday launched a sharp attack on the Congress, describing its lead campaigner Rahul Gandhi a supporter of destruction, not development.

"He is not a supporter of development, but a supporter of destruction. Rahul Gandhi has supported Ishrat Jahan, a terrorist who was killed by security forces here (in 2004)," the saffron-robed Chief Minister told a rally in south Gujarat's Valsad district, according to news agency Press Trust of India. Ishrat Jahan and three others, suspected to be Lashkar terrorists, were killed in an alleged fake encounter in Gujarat in June 2004.

The Chief Minister, who was in Kerala last week to campaign against what the BJP says is the ruling CPM's "murder politics", is in Gujarat for campaigning. Seen as the BJP's Hindutva face, Yogi Adityanath toured the industrial clusters in south Gujarat that have a large population of migrant workers from Uttar Pradesh. On Saturday, he will move to Kutch region.

Rahul Gandhi, who is leading the Congress effort to dislodge the BJP which has been in power uninterrupted for over 20 years, was his prime target. The Congress leader often mocks PM Modi for his Gujarat model of development.

The Chief Minister asked people not to have any hopes of development from the Congress that he said was a "symbol" as well as the "messiah" of destruction. He said there was little to expect from Rahul Gandhi who had not been able to develop his Lok Sabha constituency for a long period.

"In the last 14 years, being an MP from Uttar Pradesh, he has not even built an office of the district collector. What can you expect from such a person for development of Gujarat?" he said.

Lauding Prime Minister Narendra Modi, he also reminded people that when the floods came in Gujarat earlier this year, it was PM Modi and BJP president Amit Shah who had reached out.

"When Saurashtra was flooded, you went to Italy. Prime Narendra Modi comes here, Amit Shah (BJP) president) comes here, but you cannot visit people at that time," he said, calling the country's big problems such as naxalism, terrorism and corruption as "gifts" of the Congress to the nation.
Comments
Yogi AdityanathRahul GandhiGujarat