Rahul Gandhi Is The ''King Of Lies'', Says Shivraj Chouhan

Shivraj Singh Chouhan alleged the MP government was making farmers fill up loan waiver forms to kill time till the code of conduct is announced for the Lok Sabha polls. 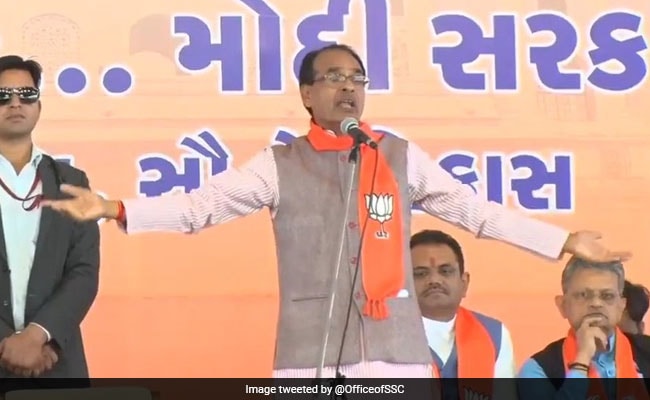 Mr Chouhan, who was in Gujarat to attend a BJP cluster meet along with deputy CM Nitin Patel and state unit chief Jitu Vaghani, also attacked the Congress-led government in MP for its farm loan waiver scheme.

"Rahul Gandhi ji is jhooton ke sartaj (king of lies). He says noting other than lies these days. He makes false promises before elections. He had promised that loans of all farmers will be waived off within ten days. It is two months now and no loan has been waived till date," Mr Chauhan claimed.

"The (farm loan waiver) process is being stretched. They (government) first imposed barriers to exclude beneficiaries. They are inviting application from farmers. Why applications, when banks have all the lists online? You check the list and transfer the loan amount to the banks," he said.

He alleged the MP government was making farmers fill up loan waiver forms to kill time till the code of conduct is announced for the Lok Sabha polls.

He said the Congress' announcement to pay Rs 3,000 as stipend to unemployed youth was a "lie" and so were its promises of waiving off loans of women in self-help groups (SHGs) and giving pension to farmers.