Speaking to ANI, Foreign Minister of Maldives Abdulla Shahid said: "It's good to see the dialogue between Quad is there because it provides stability to the Indian Ocean and Pacific region." 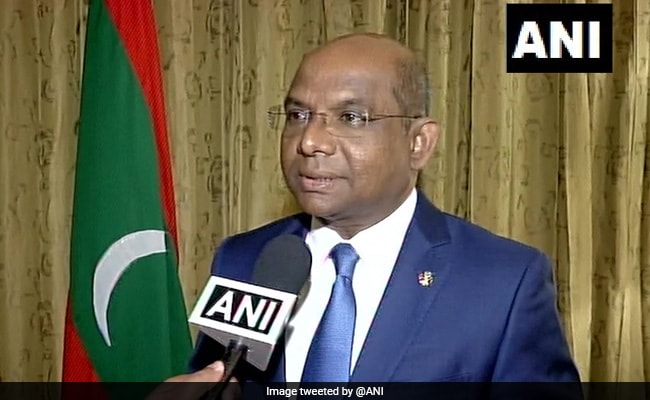 Maldives has welcomed the Quad dialogue and said that it will bring stability to the Indian Ocean and the pacific region.

Speaking to ANI, Foreign Minister of Maldives Abdulla Shahid said: "It's good to see the dialogue between Quad is there because it provides stability to the Indian Ocean and Pacific region."

The Quad is a strategic informal grouping of four democracies India, Australia, United States and Japan to counterbalance and check China's growing influence in the Indo-Pacific region.

Along with diplomatic engagements, Quad countries also engage in military and naval exercises, freedom of navigation, and rule-based order is the key principle of this informal grouping.

China is critical of Quad and the Chinese ambassador was recently quoted as saying, "Building small circles in the name of multilateralism is in fact ''group politics''."

China has pumped in huge investment in Maldives and built mega infrastructure projects in the Island nation. It made huge inroads in Maldives under previous regime of Abdullah Yameen presidency.

However, there was a change of guard in Maldives in 2018. Maldivian Democratic Party (MDP) came to power and Ibrahim Solih became the president. Maldives has good relations with China but MDP has accused the previous government of pushing the country into Chinese debt trap.

Maldives relations with India soured during the previous regime. However, it has witnessed a revival since Solih came to power in 2018. India is now making inroads in the island nation and in the areas of security, line of credit or providing humanitarian assistance like vaccines, India has been first responder.

The Maldivian foreign minister told ANI: "Well, it is not only the present government; all governments in the past in several decades had excellent relations with India vis-a-vis the security of Indian Ocean and security of Maldives."

Mr Shahid who is on a visit to India also thanked the country for providing COVID vaccines.

He said, "India has been exemplary, outstanding, and generous. When Indian vaccine rolled out, initiated within with 48 hours Maldives received Indian grant of 200 thousand vaccines. And not only Maldives, India's outreach of generosity is to the rest of the world in these very difficult times. India has defined humanity of the Indian people and the Government, and we are very grateful."